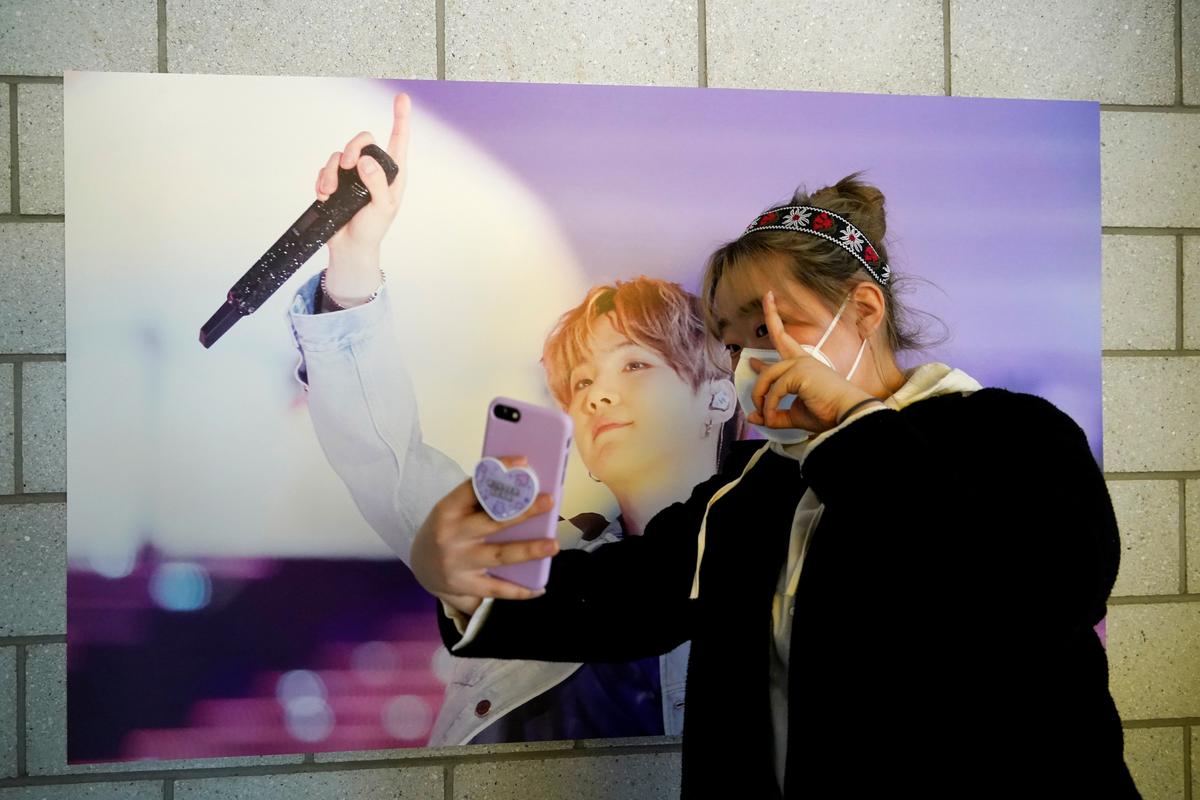 SEOUL (Reuters) – South Korea’s BTS may have canceled their April concert in Seoul over coronavirus fears, but the K-pop group’s fervent fans are rallying in small groups and emulating their idols in donating money for coronavirus relief.

“When the concert was canceled, I was really upset,” said one disappointed fan, Im Yu-mi, 19, sitting in her room on a chair covered by a BTS blanket.

Im scoffed at the idea that the concert cancellation had cooled the fervor of BTS’ global fan base known as ARMY, an acronym for Adorable Representative MC for Youth.

“It’s nonsense,” she said, waving a glowstick and tapping her foot to the band’s latest music video.

Around 200,000 fans had been expected to go to the concert, which was to be the first leg of BTS’ “Map of the…