BREAKING NEWS
GMT+1 02:53
Home Lifestyle France’s cafes opened through the war, but not the coronavirus

France’s cafes opened through the war, but not the coronavirus 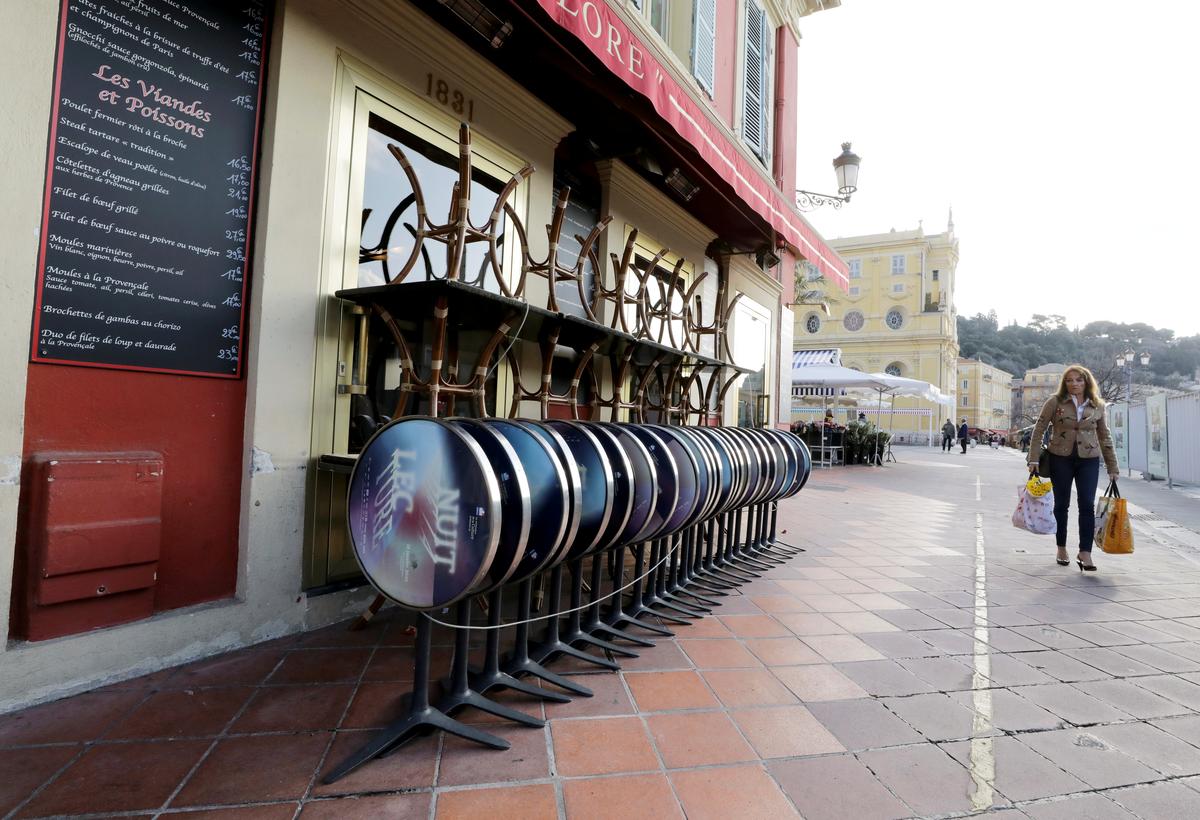 PARIS (Reuters) – The Cafe de Flore, once the drinking hole of Simone de Beauvoir and Jean-Paul Sartre, and the Brasserie Lipp continued serving customers during World War Two. But on Sunday they locked their doors until further notice, as France upped its fight against the coronavirus.

FILE PHOTO: Tables and chairs are seen on the terrace of a restaurant as France’s Prime Minister announced to close most all non-indispensable locations, notably cafes, restaurants, cinemas, nightclubs and shops due to concerns over the coronavirus disease (COVID-19), in Nice, France March 15, 2020. REUTERS/Eric Gaillard

“At least during World War Two we knew what we were up against. Now we have no idea,” said the Brasserie Lipp’s head waiter, who used to listen to tales of German occupation recounted by colleagues at the 140-year-old Left Bank eatery.

Across the strangely quiet boutique-lined Boulevard Saint-Germain, Sophie Chardonnet watched an employee at the Cafe de Flore swung off his…