Thousands on virus-hit cruise ship wait their turn to leave 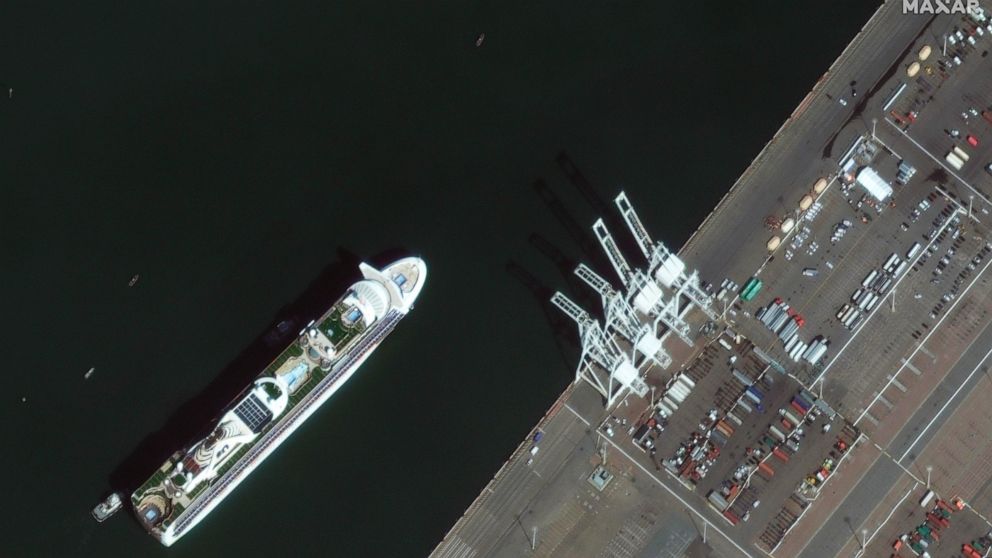 OAKLAND, Calif. — Thousands of passengers aboard a cruise ship struck by the coronavirus waited anxiously Tuesday for their turn to leave the vessel, even if it meant being shipped to military bases for weeks of quarantine.

After days of being forced to idle off the Northern California coast, the Grand Princess docked Monday at the Port of Oakland with some 3,500 passengers and crew on board.

“We’re trying to stay calm and were trying to stay positive but it’s getting harder and harder. They can’t make up their minds how to keep us safe,” said Beryl Ward, 77, of Santa Fe, New Mexico.

About two dozen people who need acute medical care were taken off the ship, although it wasn’t clear how many had tested positive for the new virus, said Brian Ferguson, a spokesman for the California Office of Emergency Services.

Many of the nearly 240 Canadians on board left the ship after the critically ill and stood outside two tents displaying Canadian flags. Canada and the UK were…