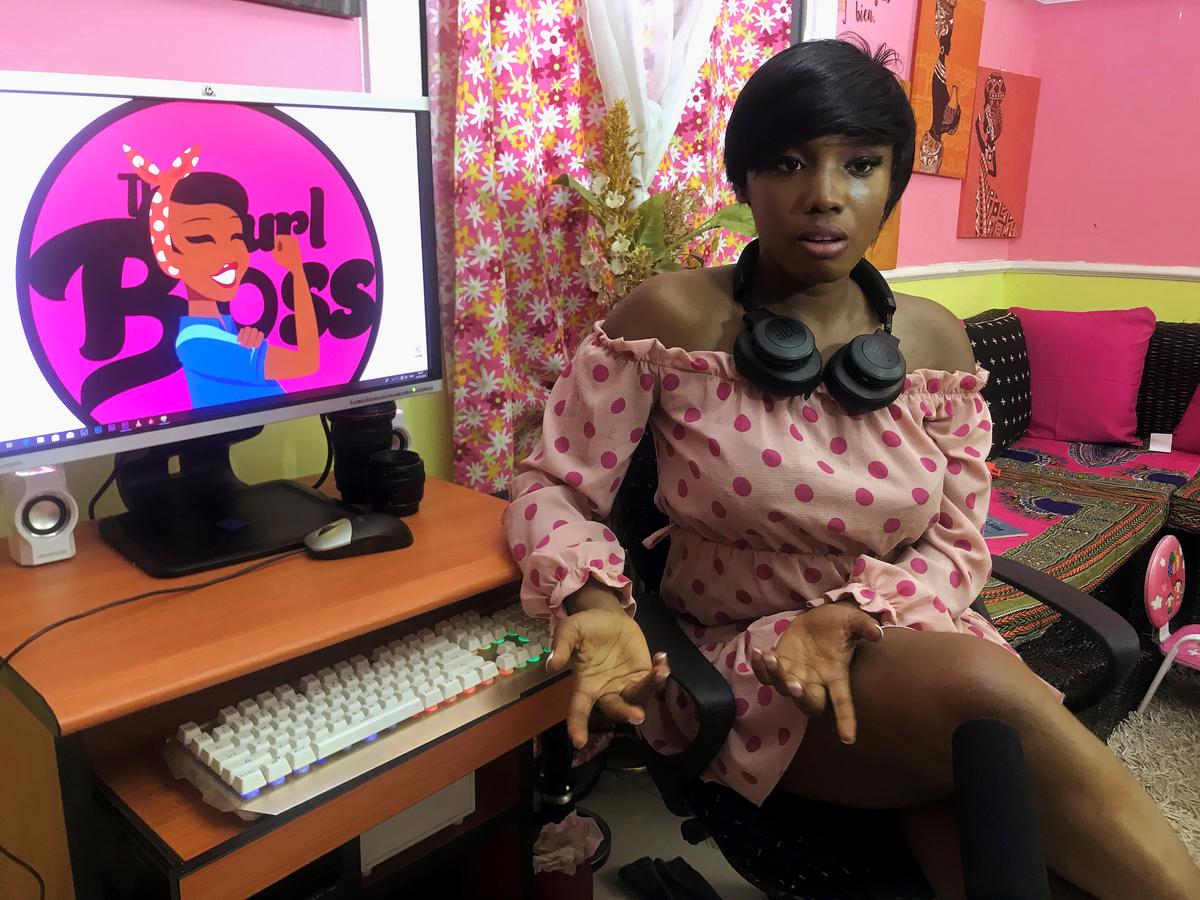 YAOUNDE, Cameroon (Reuters) – Tatapong Beyala sets up her camera in a studio in Yaounde, Cameroon, surrounded by an all-women team of technicians, make-up artists and assistants.

For the 27-year-old owner of Gurl Boss Productions, it is the perfect crew to take on the male-dominated world of film production in her central African country and beyond.

“I have a lot of difficulties with my own colleagues, like the other male directors who don’t even want to accept me,” Beyala says on the set.

“I decided to have an all-female production team, firstly based on my history, my experience, the difficulties I faced, which I still face.”

The shoot is a music video for Cameroonian rapper Lor’s new track “Stop”.

“All these jokers think they’ve got something on me,” Lor raps, as masked actors crowd around her. The performer and the extras are dressed in stark black, but other scenes from Beyala’s videos – including one for Lor’s “On Connait” – burst with bright…