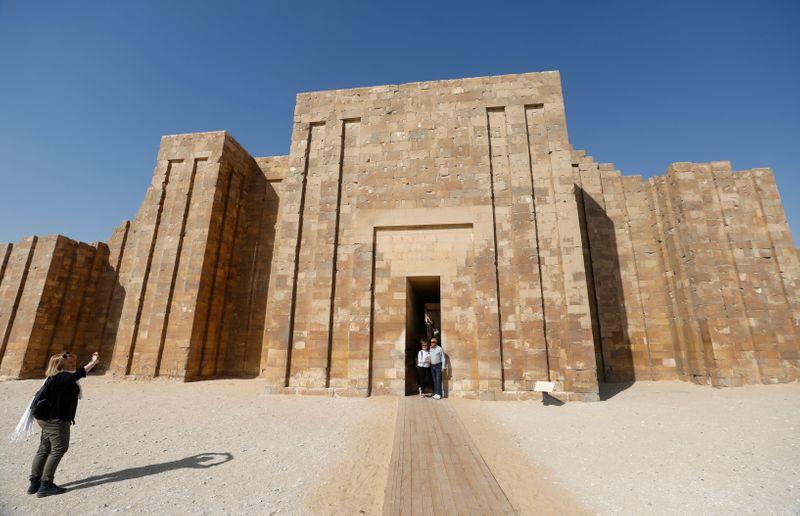 Tourists take pictures at the archaeological site of the standing step pyramid of Saqqara after its renovation, south of Cairo, Egypt March 5, 2020. REUTERS/Mohamed Abd El Ghany

The pyramid, a UNESCO world heritage site, was constructed 4700 years ago during the era of Pharaoh Djoser, one of Ancient Egypt’s Third Dynasty kings.

After decades of neglect and the risk of collapse, the Egyptian government started an ambitious project to restore it to splendor in 2006.

“Today we celebrate the completion of the project of warding off the danger and maintaining and restoring the first and oldest remaining pyramid in Egypt,” said tourism and antiquities minister Khaled al-Anani.

The structure was designed by Imhotep, described by some as the world’s first architect.