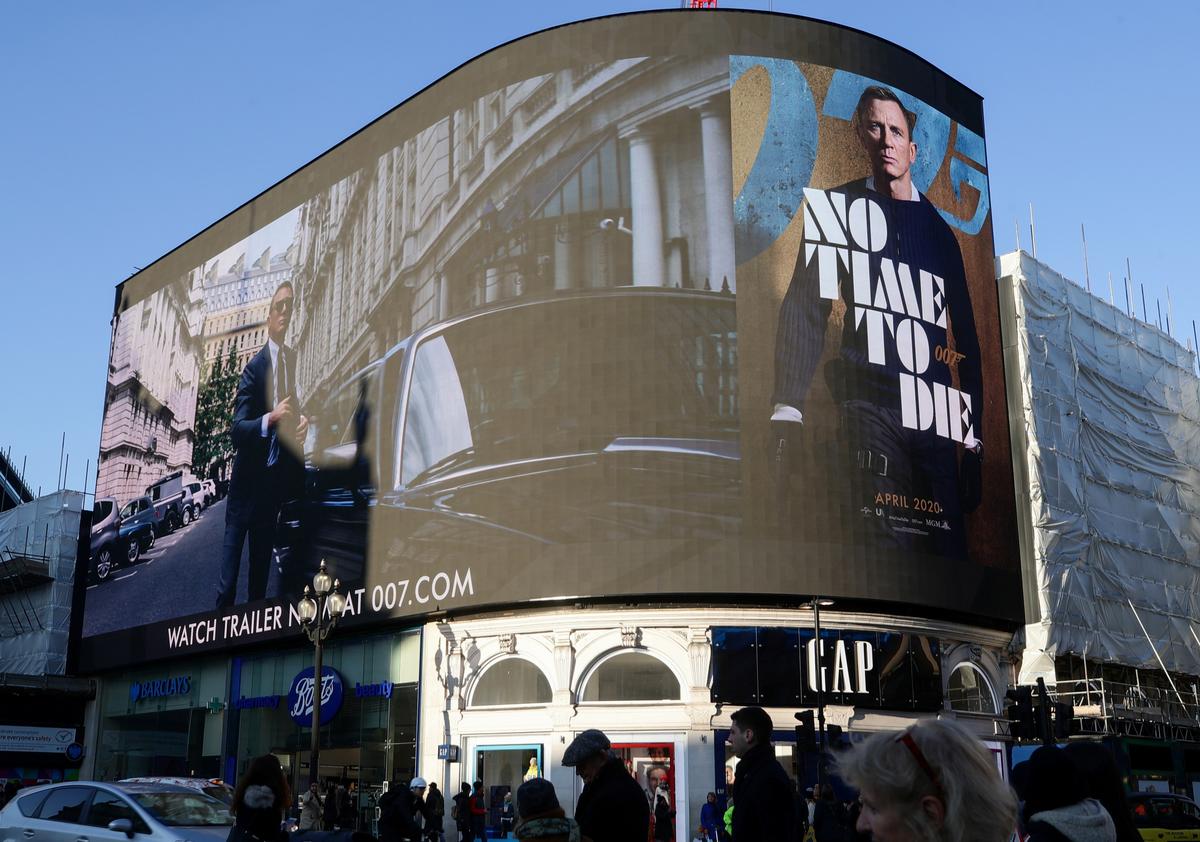 LONDON (Reuters) – The disruption caused by the spread of the coronavirus has reached the British entertainment industry, with events axed and concerns raised over the timing of the new Bond film.

FILE PHOTO: A film trailer for the 25th instalment in the James Bond series entitled “No Time to Die” is displayed at Piccadilly Circus in London, December 4, 2019. REUTERS/Lisi Niesner

Walt Disney has canceled some events planned to promote the European launch of its channel Disney+, a competitor to Netflix and Amazon Prime which will show “The Mandalorian”, the latest in the “Star Wars” movie and TV franchise.

Celebrities and executives were due to take to the red carpet in London on Thursday to promote the streaming channel, which becomes available to subscribers in Britain, France, Germany, Italy and Spain on March 24.

The London Book Fair, a trade show for publishers that attracts 25,000 attendees from over 100 countries and was due to take place on 10-12 March, has also…