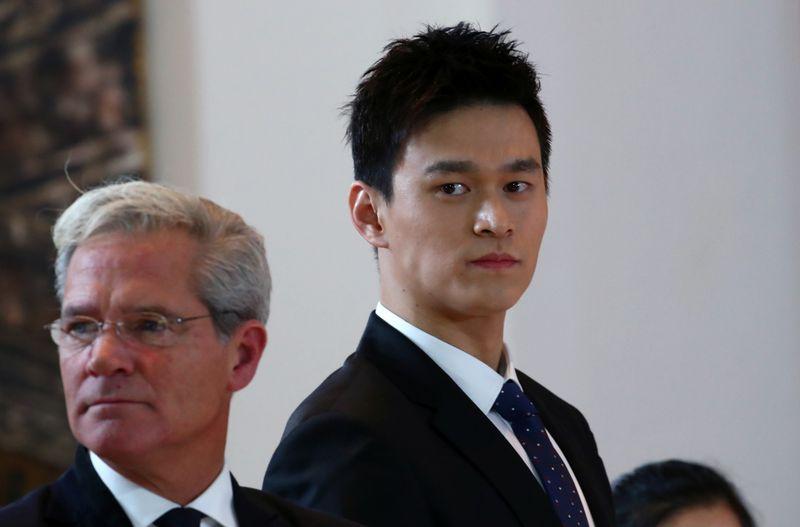 FILE PHOTO: Chinese swimmer Sun Yang arrives for a public hearing of the Court of Arbitration for Sport (CAS) for the appeal filed by the World Anti-Doping Agency (WADA) against him and the Federation Internationale de Natation (FINA), at the Conference Centre of the Fairmont Le Montreux Palace, in Montreux, Switzerland November 15, 2019. REUTERS/Denis Balibouse

(Reuters) – The Court of Arbitration of Sport (CAS) will announce on Friday whether multiple Chinese swimming champion Sun Yang has been found guilty of a doping offence, it said in a statement on Thursday.

CAS has to decide whether to accept an appeal from the World Anti-Doping Agency (WADA) against a decision by world swimming’s ruling body FINA to clear Sun of wrongdoing for his conduct during an out-of-competition test in September 2018.

A public hearing in November heard that Sun questioned the credentials of the testers before members of his entourage smashed the vials containing his blood samples with a hammer.