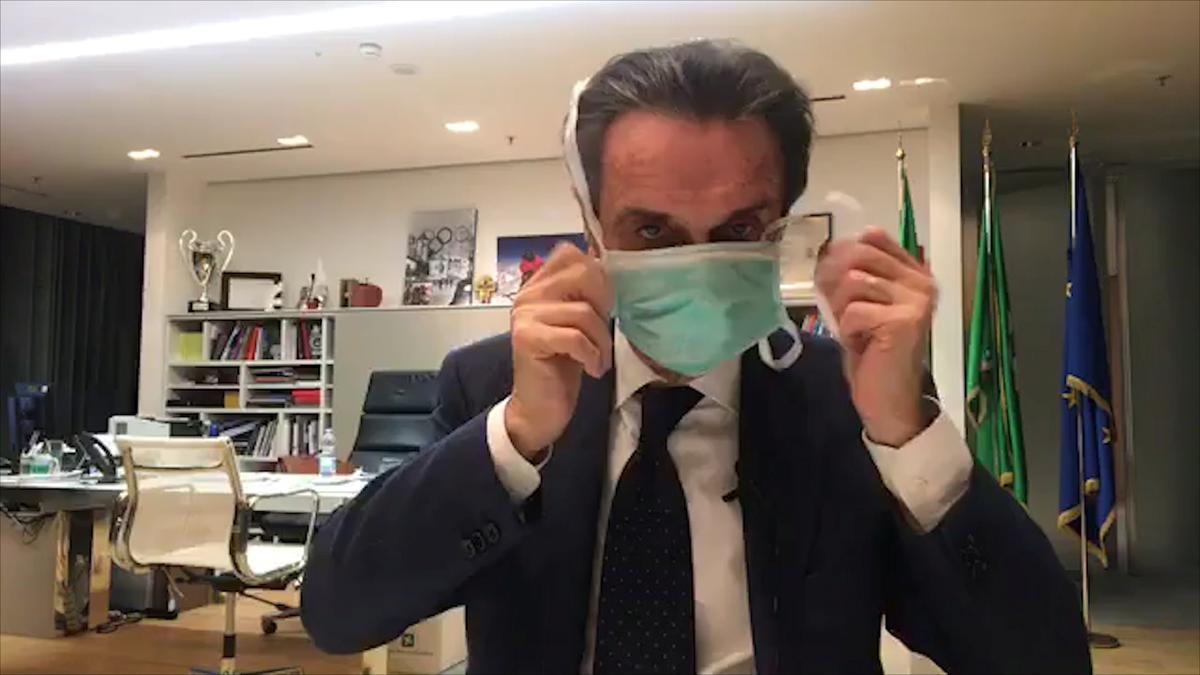 ROME (Reuters) – Italy’s government, desperate to stave off a likely recession, played down on Thursday the gravity of an outbreak of coronavirus, the worst yet seen in Europe, saying it only impacted a tiny fraction of the country.

Italy’s Lombardy Governor Attilio Fontana puts on a protective mask as he announces on Facebook that he has placed himself in quarantine after one of his aides tested positive for coronavirus, in this still image taken from social media video in Milan, Italy, February 26, 2020. Attilio Fontana Facebook Live/REUTERS TV via REUTERS

But even as ministers took to the airwaves with reassuring messages, officials said the death toll had risen by two to 14 overnight, while the number of people confirmed to have contracted the illness rose by more than 100 to 528.

“The epidemic of misleading information will do more damage to Italy than the risk of the virus epidemic itself,” Foreign Minister Luigi Di Maio told a news conference. “Only 0.1% of the…