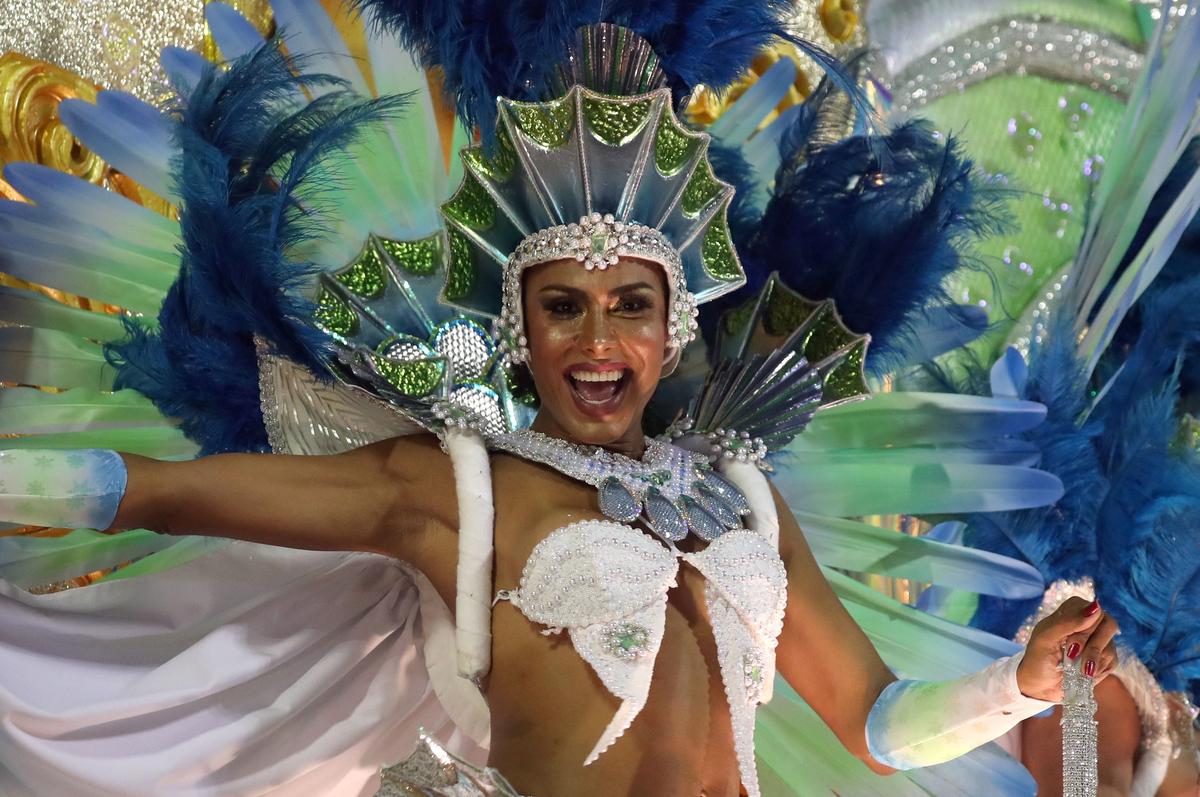 The last six of the city’s 13 top samba schools took to the “sambodromo”, or Sambadrome, with hundreds of colorfully dressed and some scantily clad dancers and musicians parading behind huge, elaborate floats designed around a broad theme.

Monday’s parades, which ran well into the early hours of Tuesday, touched on many themes, among them Bolsonaro, who has cut a controversial and divisive figure since being sworn into office in January last year.

Brazilian actor and comedian Marcelo Adnet starred in the Sao Clemente school’s parade dressed up as Bolsonaro, mockingly doing push ups, saluting, and firing an imaginary gun with his fingers, all of which the ex-army captain has done in public during his presidency.