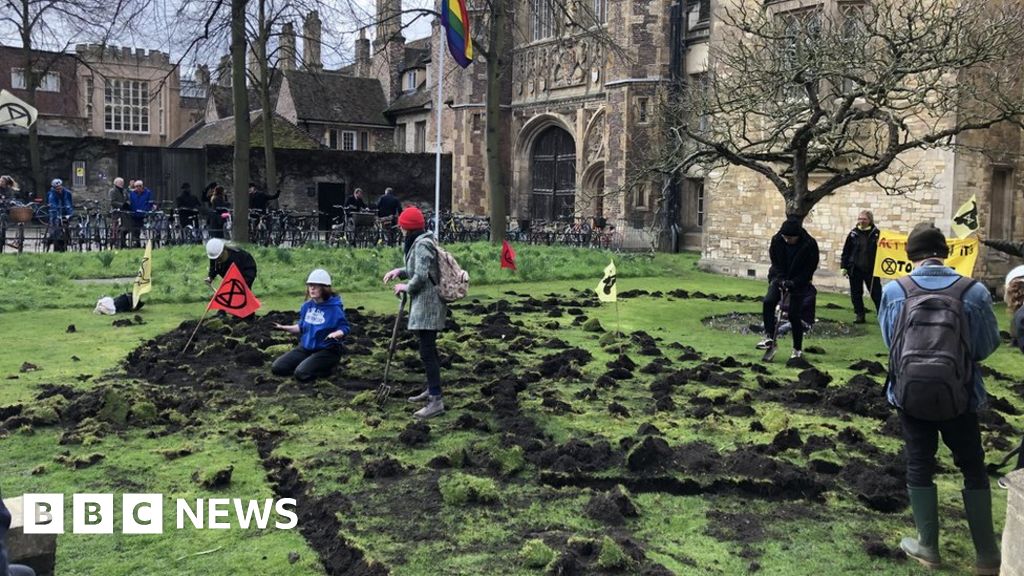 Climate activists have dug up a lawn outside a Cambridge University college over its role in a major development in the Suffolk countryside.

Extinction Rebellion members said the action at Trinity College was taken against the “destruction of nature”.

Innocence Farm in Trimley St Martin has been part of plans, involving Trinity, for a lorry park. The college said it supported work to fight climate change.

A Cambridgeshire Police spokeswoman said the force was liaising with the college and that “a crime has been recorded for criminal damage”.