Banksy plays with violence and innocence in Valentine’s Day graffiti

on: February 14, 2020In: Entertainment
Print Email 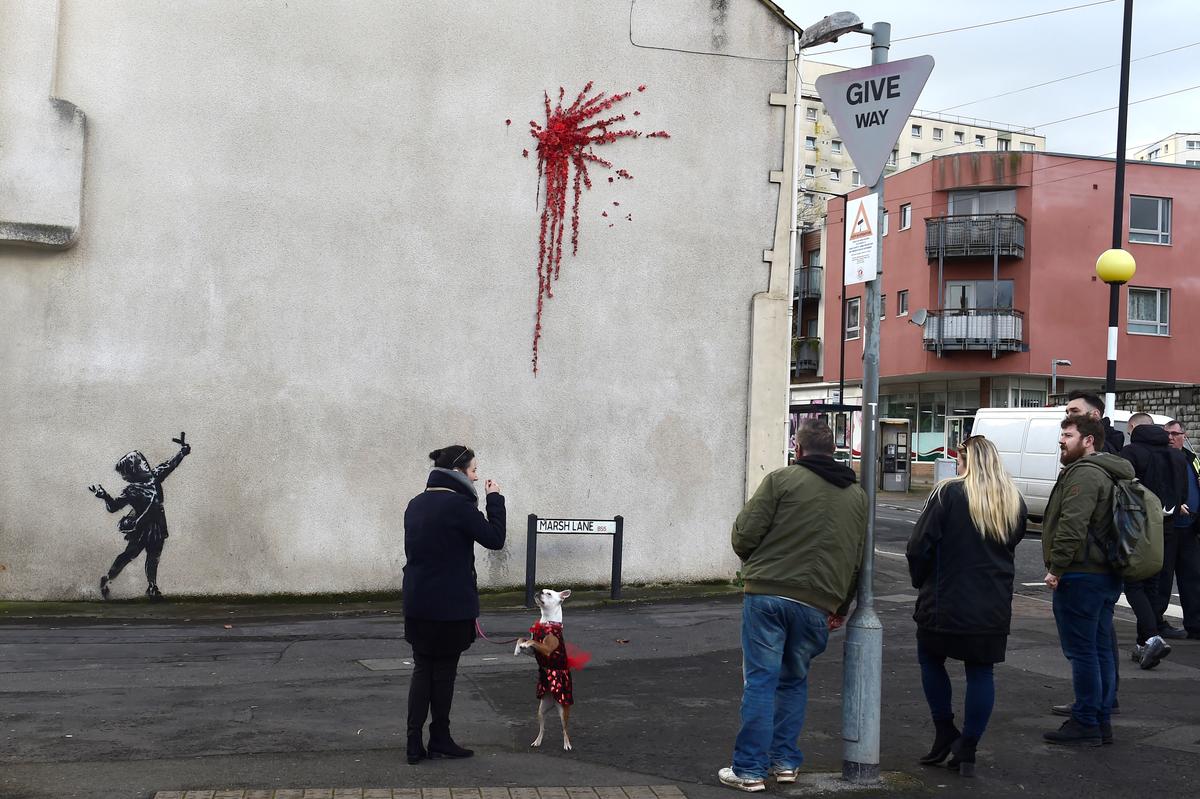 LONDON (Reuters) – British street artist Banksy is thought to have given a Valentine’s Day gift to his home town of Bristol in western England with the appearance of a new mural showing a small girl with a catapult and a splatter of red flowers.

Banksy – whose identity is not publicly known – has not confirmed that the artwork is his. He often uses Instagram to claim ownership of his works but has yet to do so this time. His agent did not respond to Reuters’ request for confirmation.

The graffiti shows a young girl in a headscarf, stencilled onto the side of a house in the Barton Hill area of Bristol with black and white paint.

She holds a catapult in one hand with the other hand behind her, as though she has just launched a projectile. At the end of the catapult’s trajectory is a bright red shape like a blood splatter, made of red plastic leaves and flowers.

It was spotted on Thursday morning, the day before Valentine’s Day.