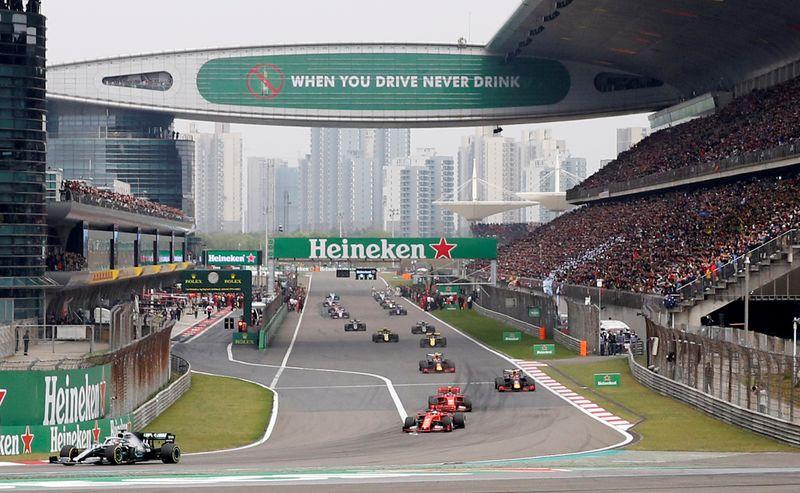 BAKU (Reuters) – Formula One’s Chinese Grand Prix has been postponed due to the recent outbreak of coronavirus in the country, organisers said on Wednesday.

The race, in what is an important market for Formula One, was originally set to be held in Shanghai on April 19, but the governing body FIA and Formula One said in a statement that they had jointly decided to postpone it.

“As a result of continued health concerns and with the World Health Organisation declaring the coronavirus as a global health emergency, the FIA and Formula 1 have taken these measures,” the two bodies said.

“The FIA and Formula 1 continue to work closely with the teams, race promoter, CAMF and the local authorities to monitor the situation as it develops.

“All parties will take the appropriate amount of time to study the viability of potential alternative dates for the Grand Prix later in the year should the situation improve.”

The flu-like virus has killed more than 1,100 people and infected more…