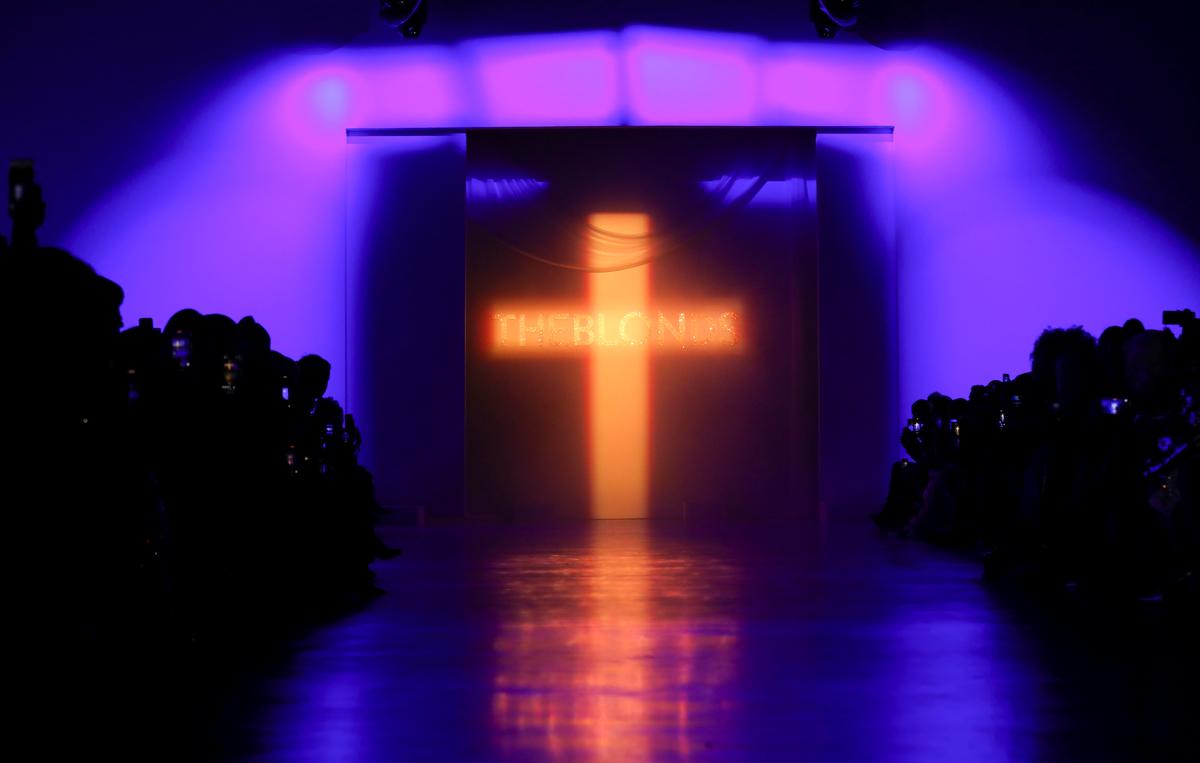 On the heels of collections inspired by Disney villains and the musical “Moulin Rouge”, The Blonds’ presented another spectacle, this one centered on the idea of fashion as religion.

“We wanted to have this sort of idea of symbols and icons that we feel inspire us, make sense and what the future holds too,” David Blond told Reuters. “So it’s all kind of clashing together.”

Fans cheered as Phillipe Blond opened the presentation dressed in gold and wearing a crown of “thorns”.

Owing to their corporate sponsorship by Motorola, maker of the…