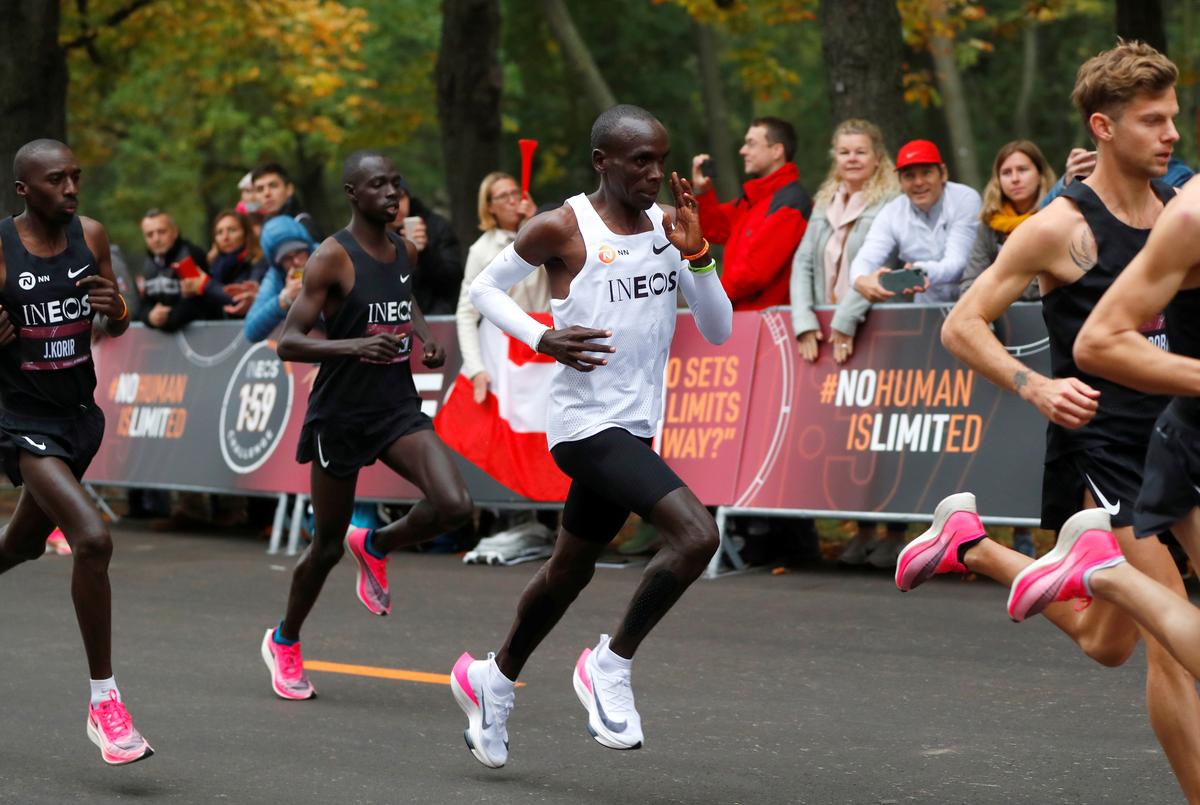 LONDON (Reuters) – Nike has launched a new running shoe that complies with limits set by World Athletics after the governing body imposed a landmark ban on a version of the sportswear giant’s Vaporfly shoes that was used to run the first sub-two hour marathon.

The first-ever shoe ban by World Athletics (WA) last week addressed concerns that technology advances are giving athletes an unfair and unnatural advantage, described by some critics as “technological doping”.

New rules state road shoes must have soles no thicker than 40mm and not contain more than one rigid, embedded carbon fibre plate, and limit the use of some track spikes on the Vaporfly models, but permit the continued use of most of the range.

Nike has now duly launched the latest incarnation of the shoe – the Air Zoom Alphafly Next% – with one carbon plate and a sole thickness of 39.5mm, as well as newly added air pockets.