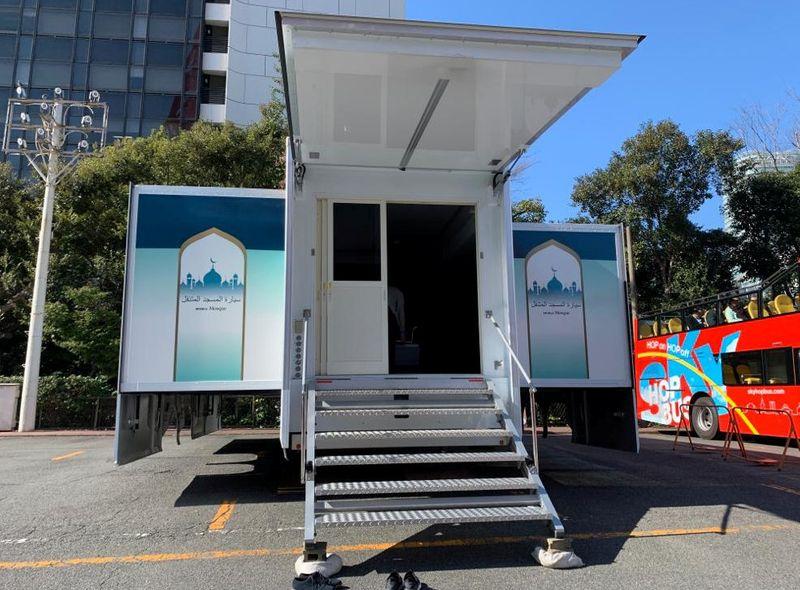 TOKYO (Reuters) – For the thousands of Muslim athletes, officials and supporters arriving in Tokyo for the Olympic Games later this year, it may be a struggle for them to find an appropriate place to pray.

The answer might just be found roaming the streets of Tokyo on the back of a truck.

By the time the Games start in July, there will be prayer rooms available at the currently under-construction athlete’s village. However, some venues may not have a designated space.

There is also a dearth of prayer spaces in hotels and public areas across the Japanese capital.

This is where the Mobile Mosque, a fully-equipped 48-square-metre prayer room that opens up on the back of a parked truck, comes in.

The back of the modified truck can be widened in seconds and the vehicle also includes Arabic signage and outdoor water taps for pre-worship cleaning.

The Yasu Project, the organisation behind the enterprise, plan on pitching up outside venues during the Olympics, which run from July 24 -…