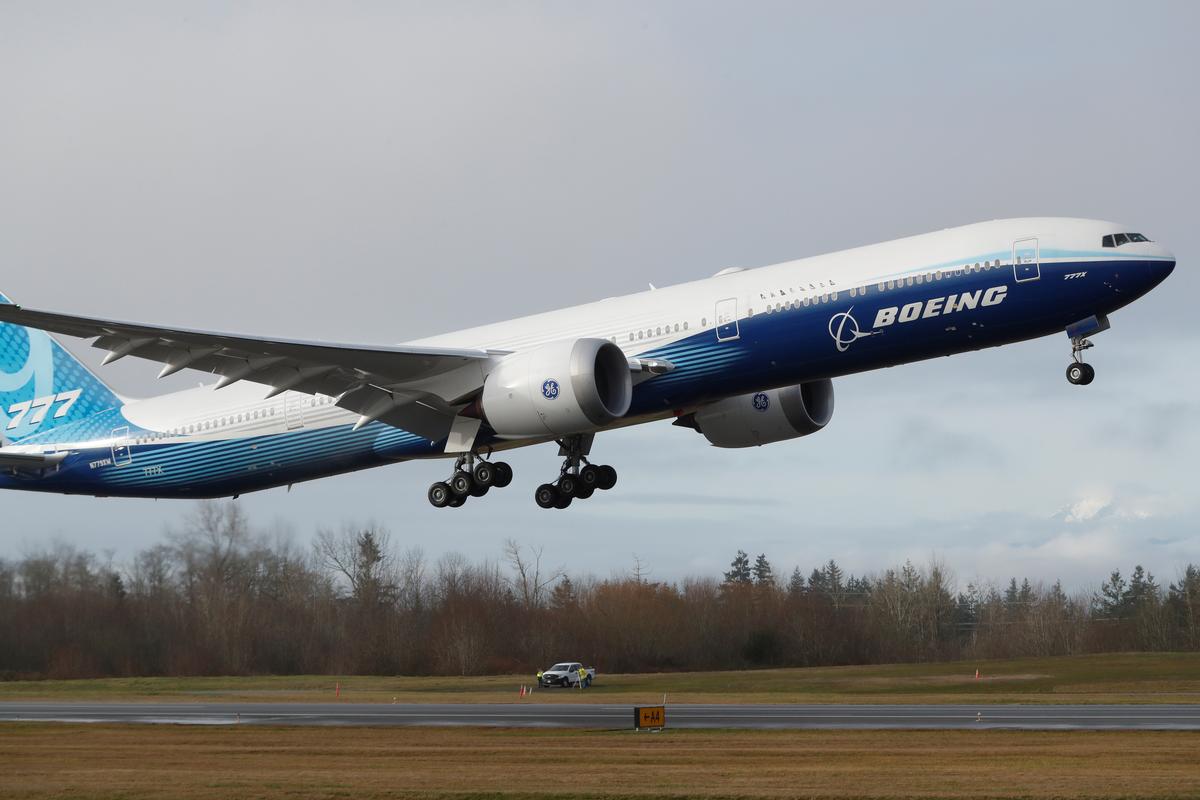 SEATTLE (Reuters) – Boeing Co successfully staged the first flight of the world’s largest twin-engined jetliner on Saturday in a respite from the crisis over its smallest model, the grounded 737 MAX.

The 777X, a larger version of the 777 mini-jumbo, touched down at the historic Boeing Field outside Seattle at 2 pm (2200 GMT) after a debut which began almost four hours earlier at Boeing’s revamped wide-body assembly lines north of the city.

The decision to take advantage of a gap in clouds to start the months of testing needed before the jet can carry passengers came after two attempts had to be postponed due to high winds.

As the 252-foot-long aircraft – the longest commercial jet by a whisker – drew to a halt before waiting VIPs, rows of undelivered 737 MAX stood idle nearby in a reminder of the crisis that has engulfed Boeing since it was grounded last year.