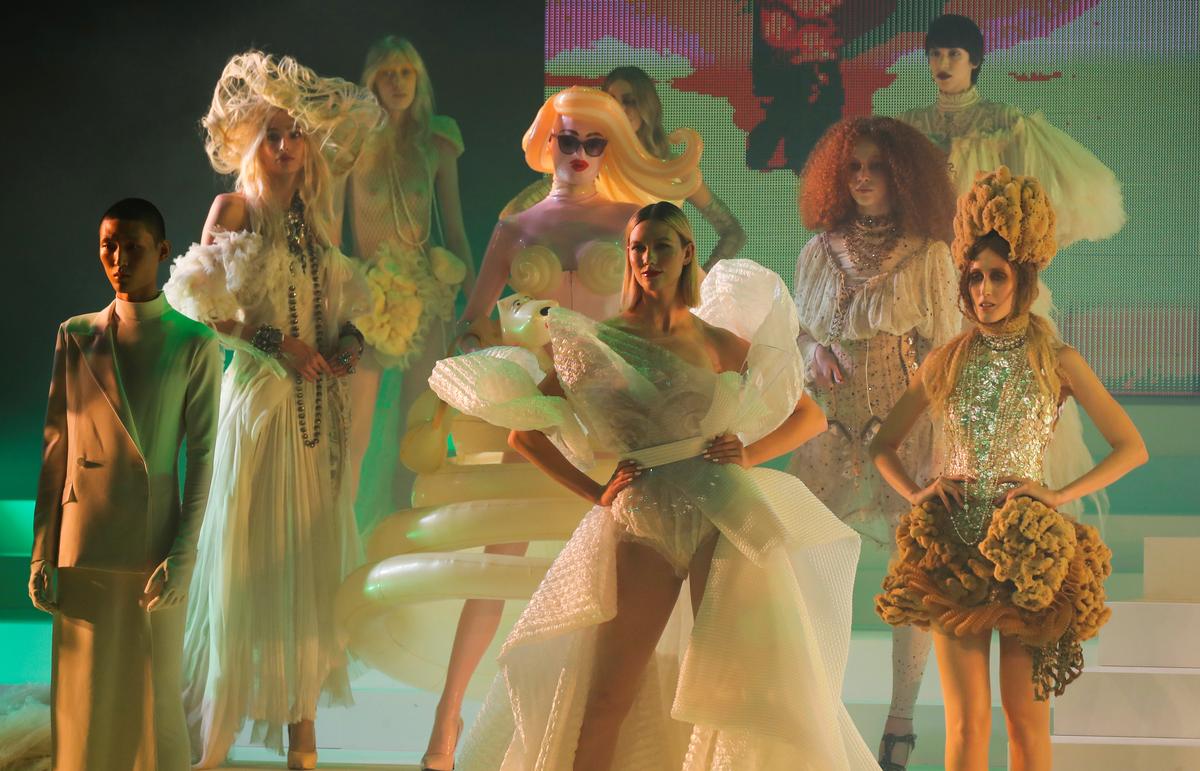 PARIS (Reuters) – Jean Paul Gaultier bade farewell to the catwalk on Wednesday in typically riotous style, as models performed jigs at his show, an actress sauntered down the runway smoking a cigarette and singer Boy George took part in a mock funeral sequence.

The affable French designer, who has long cultivated an image as the ‘enfant terrible’ of the fashion world, announced last week the runway display would be his last after 50 years in the business.

The 67-year-old designer brought a large dose of his irreverent humor to the show, as well as outlandish creations, from a futuristic bridal dress worn by model Karlie Kloss to a poppy-clad headdress sported by Spanish actress Rossy de Palma.

Dozens of male and female models – including burlesque star Dita Von Teese and drag queen Violet Chachki – took part in the extravaganza at the Châtelet theater in Paris.