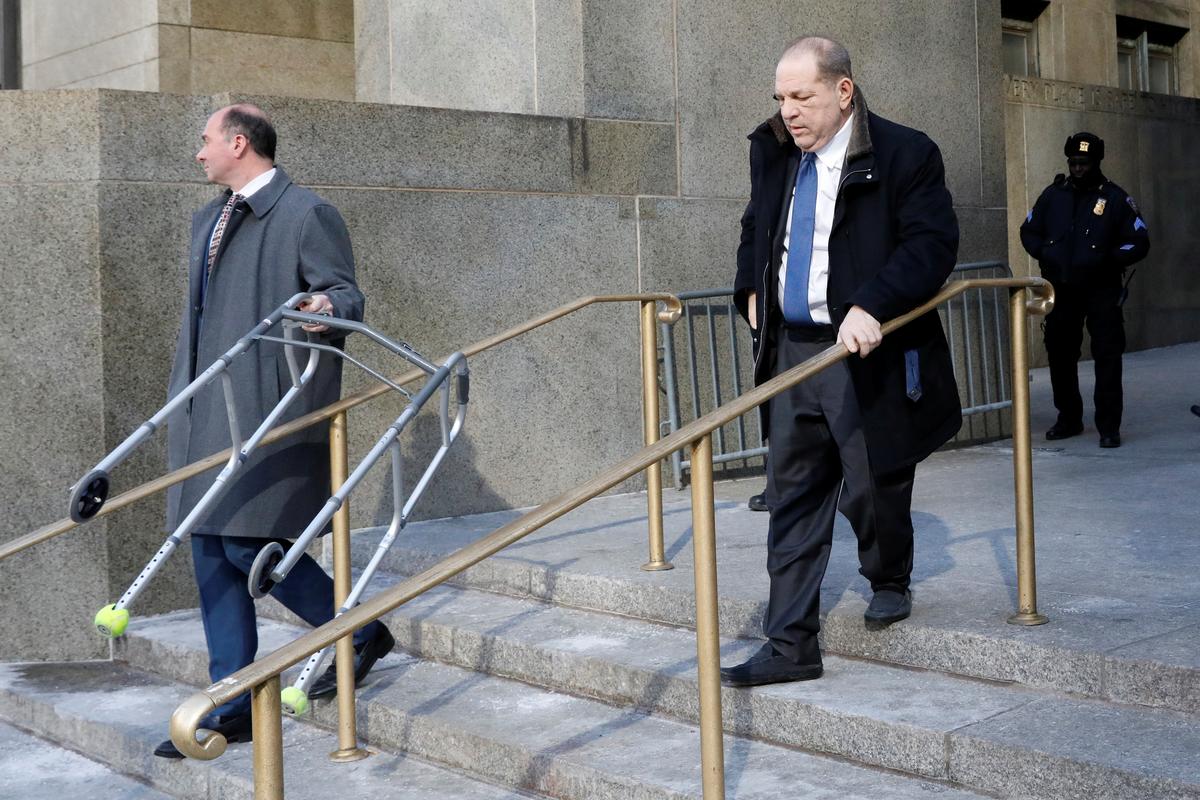 NEW YORK (Reuters) – U.S. prosecutors will begin presenting their rape case against Harvey Weinstein on Wednesday, with the once-powerful Hollywood producer facing life in prison if convicted, in a trial that has become a watershed moment for the #MeToo movement.

Lawyers will make their opening statements to a jury of seven men and five women in a Manhattan courthouse.

Weinstein, 67, has pleaded not guilty to charges of assaulting two women. He faces up to life in prison if convicted of the most serious charge, predatory sexual assault.

His trial began on Jan. 6 and could last roughly six more weeks.

Since 2017, more than 80 women have accused Weinstein of sexual misconduct, fueling the #MeToo movement in which women have gone public with allegations against powerful men in business, entertainment and politics.

Weinstein, who reshaped the independent film industry with critically acclaimed pictures such as “The English Patient” and “Shakespeare in Love,” has denied the…