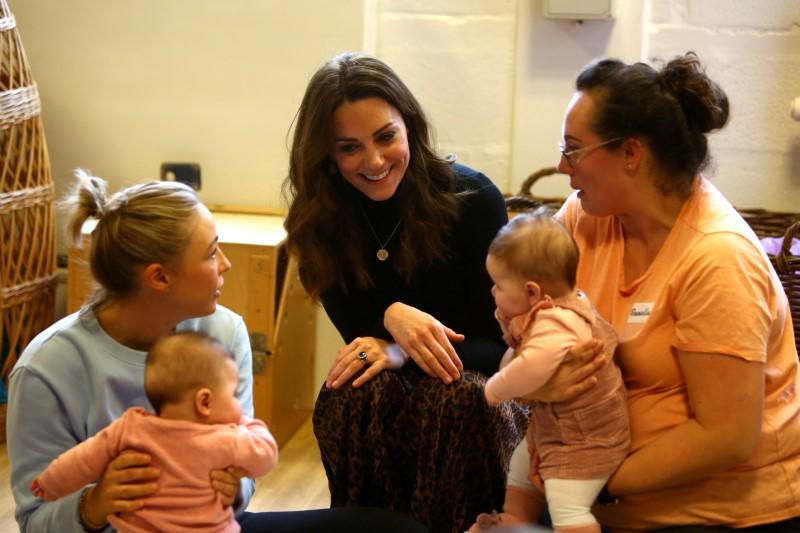 CARDIFF (Reuters) – Britain’s duchess Kate, the wife of Prince William, embarked on a short tour of the country to launch a survey on people’s views on bringing up children, as the royals carry on with official duties in the wake of the rift over Prince Harry.

The Duchess of Cambridge, as she is officially known, started the “5 big questions on the under 5s” initiative in Birmingham in central England on Tuesday and visited Cardiff on Wednesday. She was later due to visit a women’s prison in Surrey, south of the British capital.

The tour comes as William’s younger brother Harry flew back to Canada after sparking a crisis in the British monarchy by announcing he and his American wife Meghan wanted to reduce their royal duties and become financially independent.

The issue has dominated headlines in Britain over the last fortnight and culminated in a deal which means the couple will step down from their royal roles to spend most of their time in North America.