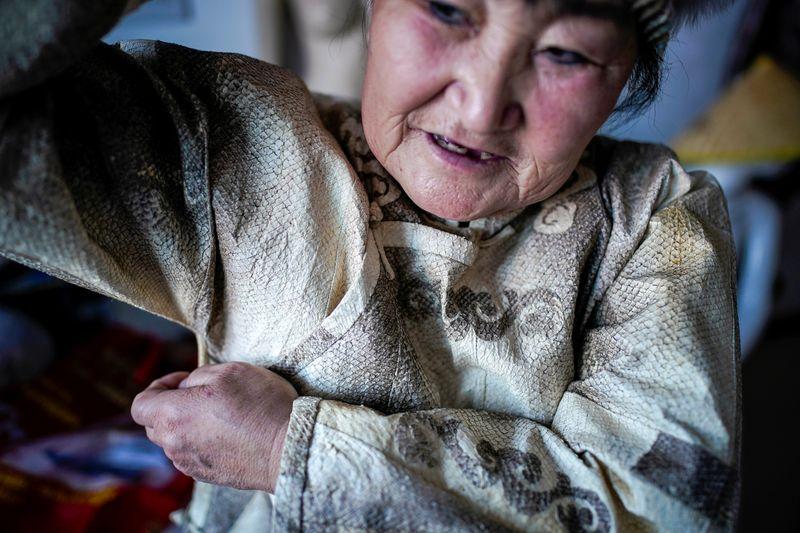 TONGJIANG, China (Reuters) – You Wenfeng, who belongs to China’s tiny Hezhen ethnic group, is one of the few people in her community who can still make clothing from the skin of fish.

She was not yet born when her kinsmen were thrown into labor camps during Japan’s occupation of Manchuria in the 1930s and 1940s.

“Many Hezhen clans perished, but my mother survived to pass on her fish-skin knowledge to me,” said You, 68.

A Tungusic people native to Siberia and on the Black Dragon river, as the Amur is known in China, the Hezhen rebuilt its population to 5,000 from 300 after World War II.

But that hasn’t stopped the decline of Hezhen culture, including the tradition of making garments from the skin of carp, pike and salmon.

Few in the current generation are interested in learning the craft. Fish-skin clothing is also no longer a regular part of daily Hezhen attire.

Sensing the end, You started to impart her knowledge to some local Han Chinese women in Tongjiang, a quiet…