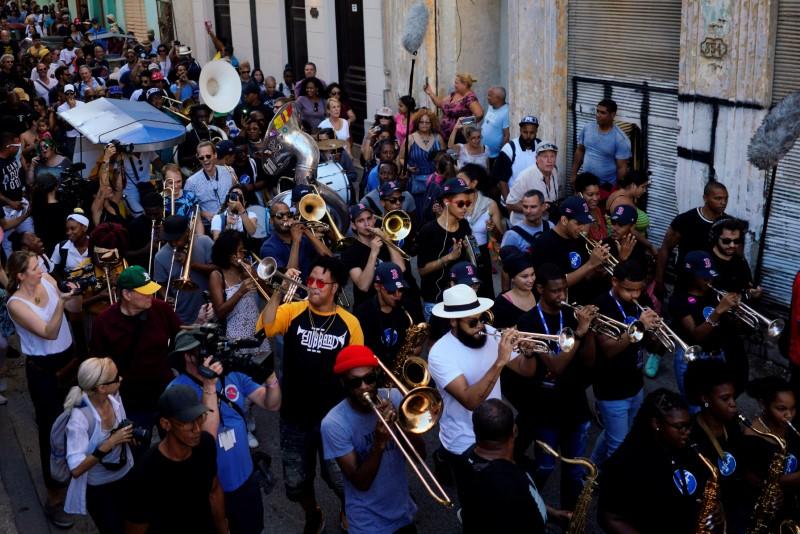 HAVANA (Reuters) – New Orleans and Cuban brass musicians paraded joyously through Havana on Wednesday as part of the city’s annual jazz festival and in defiance of the Trump administration’s efforts to weaken U.S.-Cuba relations.

On a warm, blue-skied Caribbean day, passers-by joined in the conga or danced on the balconies above as the trumpeters, trombone and saxophone players marched through Havana’s eclectic mix of colonial, art deco and art nouveau buildings.

“The world is so separated right now … so moments like this are especially important,” said U.S. citizen Nicola Fuqua who came to Havana for the festival. “New Orleans and Cuba are so similar.”

Music has long formed a cultural bridge between Cuba and the United States regardless of the state of political relations, with Afro-Cuban rhythms like the habanera feeding into Afro-American music as early as the 19th century.

“We are hoping that with us coming over, this can open up the door to more…