BREAKING NEWS
GMT+1 10:52
Home Auto Millennials could end up being a boon to the U.S. auto market

Millennials could end up being a boon to the U.S. auto market 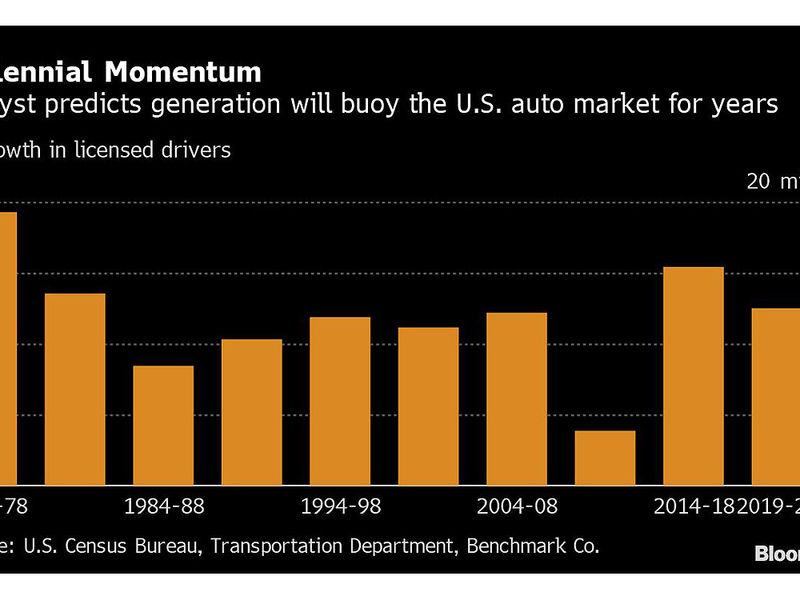 DETROIT — It turns out millennials don’t hate driving, after all.

As the generation born between 1981 and 1996 begin to reach their family formation years, they are getting licensed to drive at the highest rate in 40 years, an analyst at Benchmark Co. said in a report Monday.

Licensed drivers in the U.S. reached a record 227.5 million in 2018, and the portion of the population that’s driving has risen every year since 2014, the report said.

That’s good news for automakers that have fretted over young Americans spurning the rite of passage that is getting one’s driver’s license at age 16. Millennials have simply delayed that step, but are now beginning to get them in numbers equal to or higher than their car-loving baby boomer parents. At 84 million strong, they now outnumber boomers, with about 20 percent more births per year.