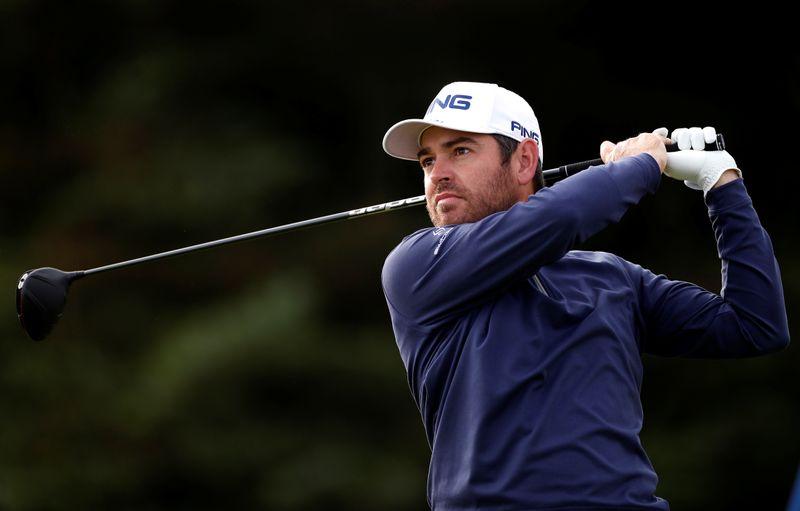 JOHANNESBURG (Reuters) – Defending champion Louis Oosthuizen profited from a birdie rush in his first few holes to card a 64 and take a single shot lead after the third round of the European Tour’s South African Open on Saturday.

Oosthuizen has dropped just one shot after 54 holes at the Randpark Golf Club and carded another seven birdies in his third round to move to 15 under-par for the tournament as he seeks to record back-to-back wins in his home Open championship.

He has been winless on tour since lifting this trophy in December 2018, when he beat Frenchman Romain Langasque by six strokes on a course he knows extremely well.

Oosthuizen is one shot ahead of Englishman Marcus Armitage, who carded a superb nine under-par 62 on Saturday to storm up the leaderboard and go into the final day on Sunday alone in second.

Armitage, who is searching for his first win on the European Tour, carded six birdies and two eagles, and would have had a share of the lead but for a dropped shot…