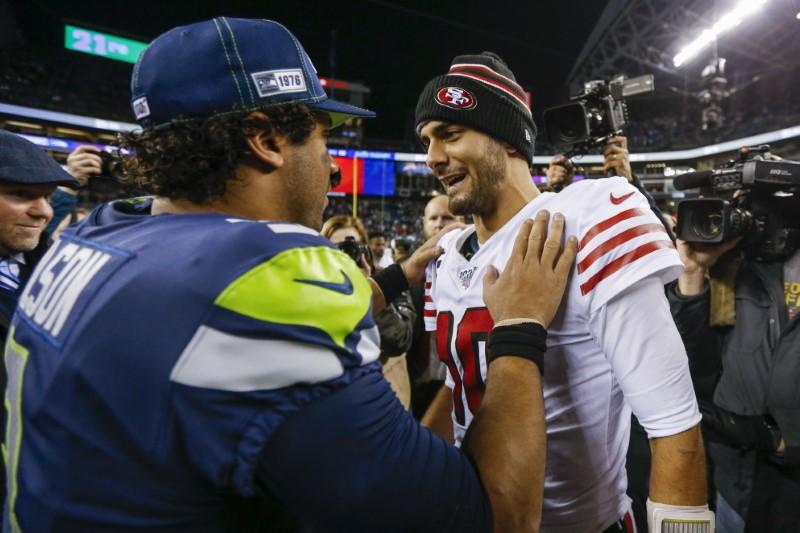 (Reuters) – The four battle-hardened winners of the NFL’s wild card games roll onto the next round of playoffs this weekend, with a mix of veterans and relative newcomers all vying to clear the latest hurdle on the path to the Super Bowl.

Having toppled the heavy favorites New Orleans Saints in their wild card clash, the Minnesota Vikings hope to beat the odds yet again on Saturday as they face off against the San Francisco 49ers, who enjoyed a stellar 13-win and three-loss regular season.

Niners quarterback Jimmy Garoppolo, who previously played second-fiddle to Tom Brady in New England, will play in a post-season game for the first time, along with fellow playoffs newcomer George Kittle, the league’s strongest-performing tight end.

“Jimmy’s been doing it all year, every prime time game he shows up, plays well,” Kittle told reporters on Wednesday. “He’s going to play really well.”

The stellar 14-2 Baltimore Ravens, with their seemingly invincible 23-year-old…