Djokovic, Nadal march on with convincing wins at ATP Cup 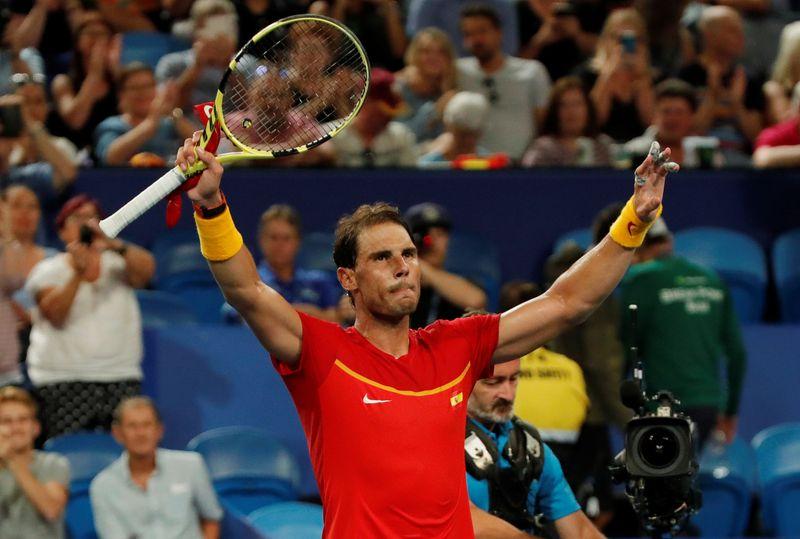 World number one Rafael Nadal was also in a punishing mood and kept his preparations for this month’s Australian Open on track by dismantling Uruguayan Pablo Cuevas 6-2 6-1 in Perth to seal the tie for Spain.

Roberto Bautista Agut had given Spain the lead after an equally one-sided 6-1 6-2 win against Franco Roncadelli in the $15 million ATP Cup, which features 24 nations competing in Perth, Brisbane and Sydney over 10 days.

The world’s top players have assembled for the ATP Cup and are using the event to prepare for the year’s first Grand Slam, which starts in Melbourne from Jan. 20.

Djokovic had a 15-0 head-to-head record against Monfils before Monday’s meeting and after surviving an initial onslaught from his opponent, he made sure the record remained blemish-free.

The Serb saved nine breakpoints on his own…