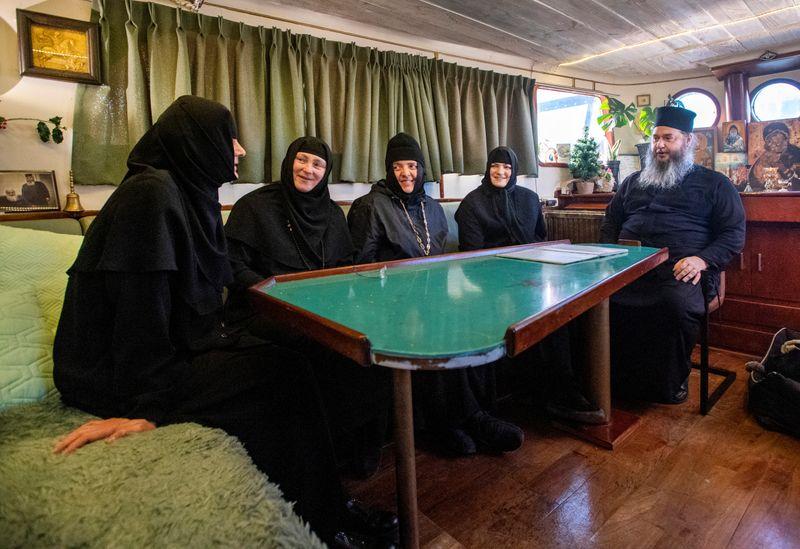 VLISSINGEN, Netherlands (Reuters) – A tiny Georgian Orthodox monastery being built atop a ship in the Dutch port of Vlissingen is facing an uncertain future, after the city ordered it to set sail by March 1.

The unfinished monastery is the dream of Abbot Abibos, who has overseen two years of renovations on the ship — re-christened the Elia II, after the head of the Georgian Orthodox Church — including having frescoes painted on the ceiling of its small chapel.

Abibos said a floating monastery, with living space for himself and two nuns, Sister Elisabeth and Sister Nino, makes sense.

On the one hand, “it is not in the city and is a quiet place for a monastic life”, he said. On the other, it would allow the monk and nuns to occasionally welcome fellow worshippers. The church has several hundred members the Netherlands and Belgium.

“We cannot be far from our parishioners”, Abibos said.

He had hoped the Elia II would be able to have a regular berth in Vlissingen.