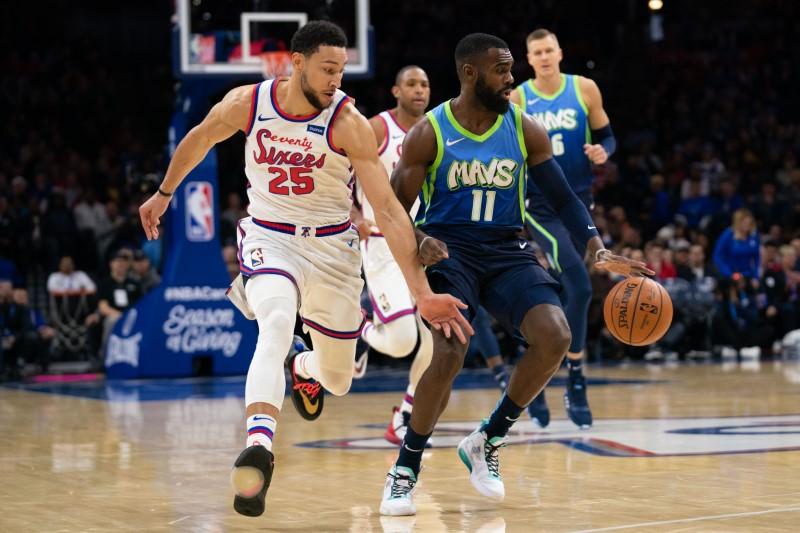 Tim Hardaway Jr. made seven 3-pointers and scored 27 points to lift the visiting Dallas Mavericks past the Philadelphia 76ers, 117-98, on Friday.

Kristaps Porzingis added 22 points and a career-high 18 rebounds to go along with three blocked shots as the Mavericks improved to 11-2 on the road.

Joel Embiid led the Sixers with 33 points and 17 rebounds for his 19th double-double, but they dropped their third in a row. It was also the Sixers’ second consecutive home loss after opening the season with 14 straight wins. Ben Simmons had 12 points, eight assists and six rebounds for Philadelphia.

Jaylen Brown and Jayson Tatum scored 26 points apiece to lead host Boston to its second straight win, a rout of Detroit, which has lost four of five.

Rookie Grant Williams chipped in a season-high 18 points off the bench, and Enes Kanter had 18 rebounds for the Celtics. Kemba…