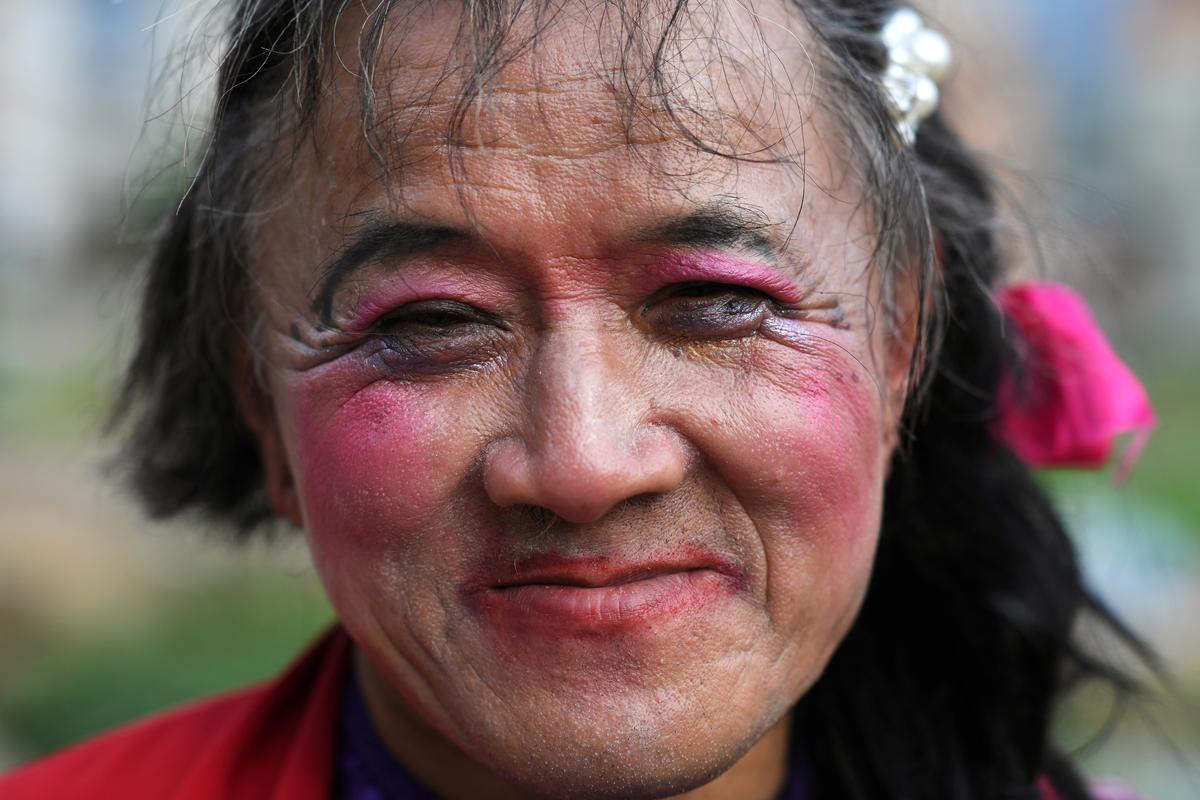 GUANZHONG, China (Reuters) – Morning market shoppers look a little too long in Liu Peilin’s direction as she passes by in a red jacket and gray wig covered in red and pink clips, her cheeks rouged in bright pink and eyeshadow in a matching shade.

The 63-year-old has become well-known not only in the little southern Chinese village where she lives, but also nationally.

In 2012, news reports of a fire in a residential complex in the eastern city of Qingdao captured footage of a man returning to the premises dressed in female clothing with his hair in braids adorned with colorful ornaments.

The video went viral and Chinese netizens dubbed the man “Big Joy Brother”, mocking him for his cross-dressing.

That was Liu, who had wanted to be a woman since she was a child but had suppressed the yearning for decades.

“At that time, it was not allowed,” she said, referring to the Cultural Revolution, when people wore drab Soviet-inspired uniforms.

“I had to take the social…