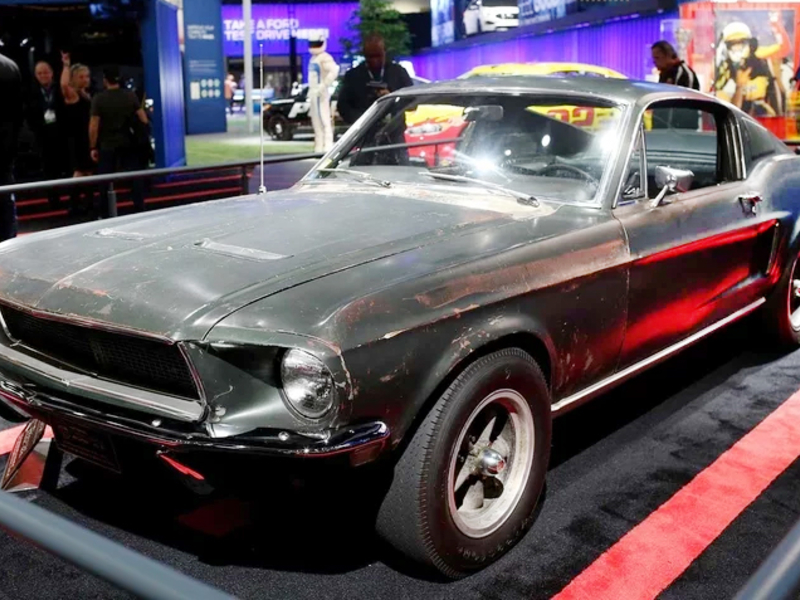 The Ford Mustang that Steve McQueen raced through San Francisco in Bullitt goes up for auction next month in Florida.

The car, an unrestored 1968 fastback in Highland Green, is expected to fetch as much as $5 million, becoming the most expensive Mustang ever sold, Bloomberg reported. But owner Sean Kiernan, in an unusual move for a vehicle of this caliber, isn’t setting a minimum price, meaning it also could go for much less.

Kiernan, whose father paid $3,500 for the car in 1974 and died before anyone knew its whereabouts, said he wanted to ensure the sale would go on the first try.

“I knew with ‘no reserve’ we would scare a lot of people by doing that,” Kiernan told Bloomberg. “But ‘all in’ is what my dad would do, and we always hated watching auctions where there are reserves. The excitement is still there, but in the back of your head you’re thinking you might have to do it all over again. I’m not doing this again.”

The Jan. 10 sale at Mecum’s auction house in Kissimmee will be…