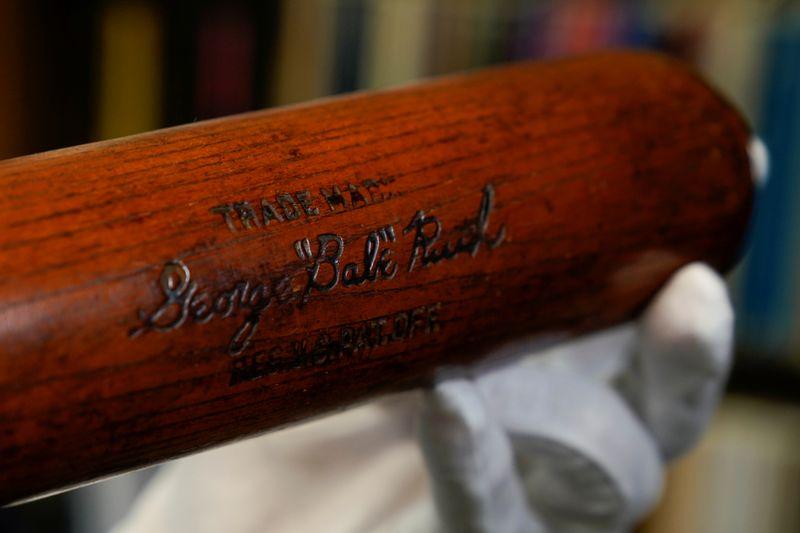 (Reuters) – Babe Ruth may have died more than 70 years ago, but the baseball slugger is still turning out big numbers.

The bat, a gift from Ruth to a friend in the 1940s, was bought at auction in California by an unidentified buyer, SCP Auctions said.

It follows a bat, which the Sultan of Swat used in 1923 to hit the first home run out of the original Yankee Stadium, that sold for a record $1.3 million in 2004.

“Babe Ruth memorabilia continues to be among the most prized artifacts for all worldwide collectors,” said SCP Auctions President David Kohler in a news release, “and this outstanding bat proved that once again.”

Ruth hit 714 home runs in a 22-season career with the Boston Red Sox and New York Yankees before retiring in 1935.

He became the first player to hit 30, 40, 50 and 60 home runs in a single season, and his slugging style forever changed…