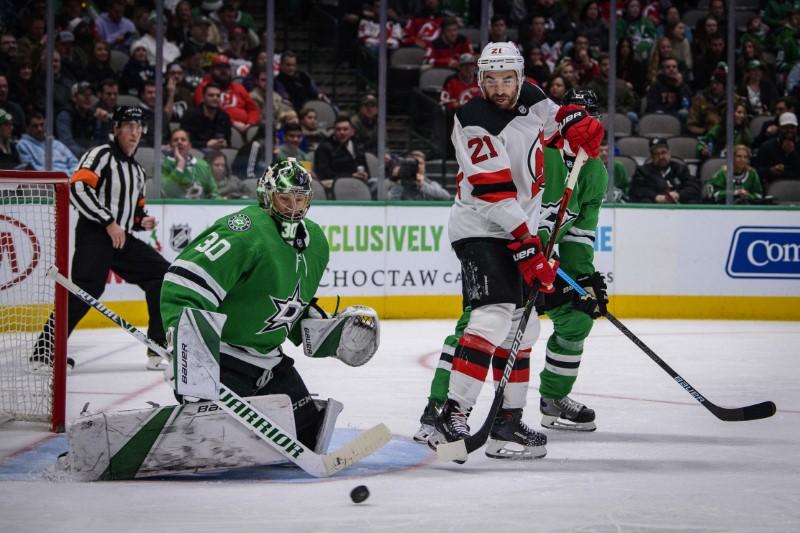 Assistant Rick Bowness was behind the bench as interim coach in place of Montgomery, who was dismissed for “unprofessional conduct inconsistent with the core values and beliefs of the Dallas Stars and the National Hockey League,” per general manager Jim Nill.

Radek Faksa and Joe Pavelski scored in the first period for the Stars, who improved to 17-4-2 in their past 23 games overall and 10-1-0 in their past 11 home contests.

Mackenzie Blackwood turned aside 33 shots for the reeling Devils, who dropped their sixth straight game (0-5-1) and were shut out for the fifth time this season.

Michael Frolik and Zac Rinaldo each had a goal and an assist as Calgary defeated Arizona in Glendale, Ariz.

Johnny Gaudreau, Sean Monahan and Milan Lucic also scored for the Flames, who improved to 5-0-0 under coach…