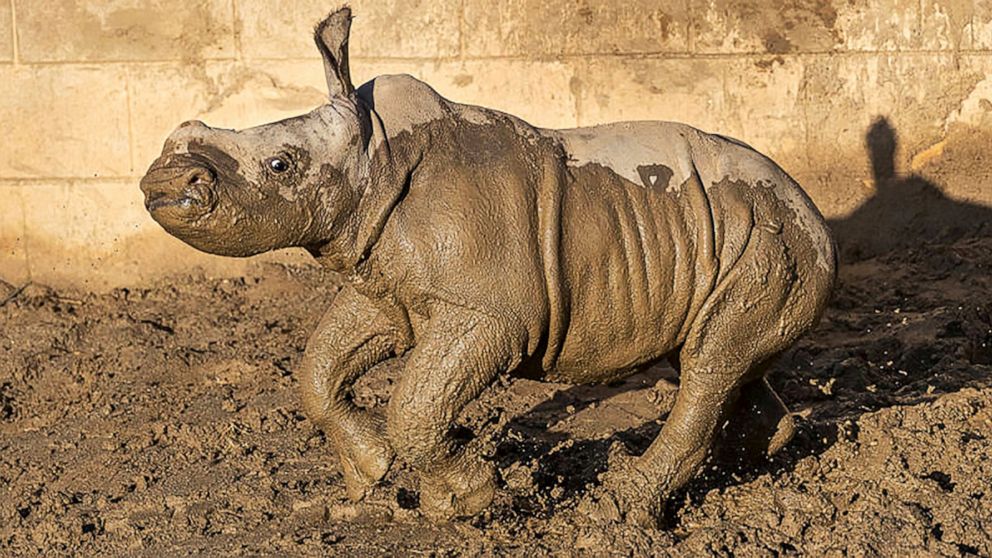 The baby is bonding with her mother and frolicking in a maternity yard left wet by recent storms.

“Future’s new favorite thing is mud,” zookeeper Marco Zeno said. “She sees a puddle and she wants to roll in it!”

Future is the 100th southern white rhino to be born at the park and the second conceived through artificial insemination. The first, Edward, was born to a different mother in July.

The zoo births using frozen sperm are part of efforts to develop knowledge needed to save a subspecies called the northern white rhino, officials said. Only two currently remain and both are female.

Several other rhino species also are being pushed to…