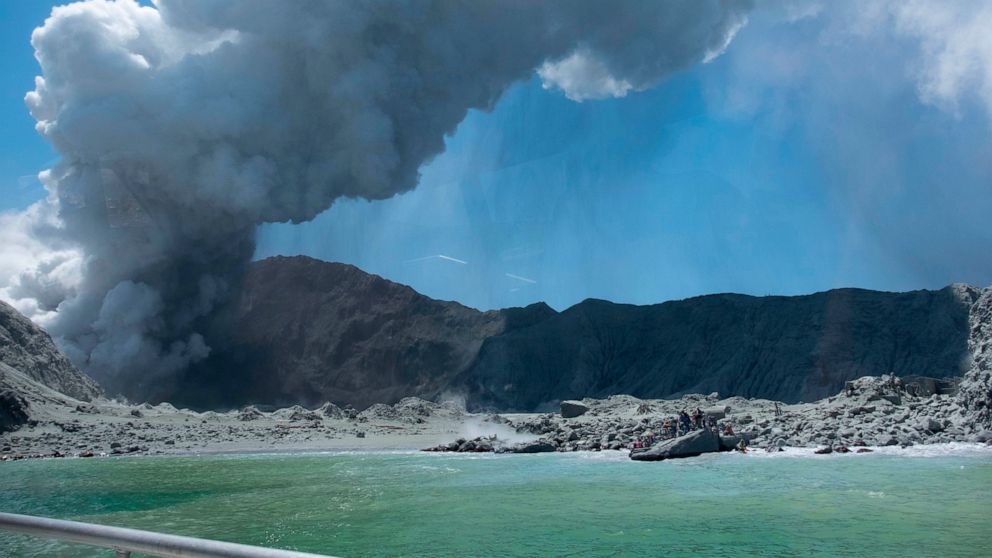 Survivors of a powerful volcanic eruption in New Zealand ran into the sea to escape the scalding steam and ash and emerged covered in burns, say those who first helped them.

The accounts Tuesday came as some relatives were forced to continue waiting for news of their loved ones, with authorities deciding it remained too dangerous for crews to land on the island and remove bodies.

Five deaths were confirmed after Monday’s eruption of the White Island volcano. Another eight people are believed to have died, with their bodies remaining on the ash-covered island for now.

Experts said there was a 50 percent chance of another small eruption within a day and rescue teams didn’t want to take any chances. Police said they planned to send up drones to measure whether gas levels were safe.

The tragedy will have an ongoing effect on the town of Whakatane, which road signs tout as the gateway to White Island. As well as being an important tourist draw for the 20,000 people who live here, the…