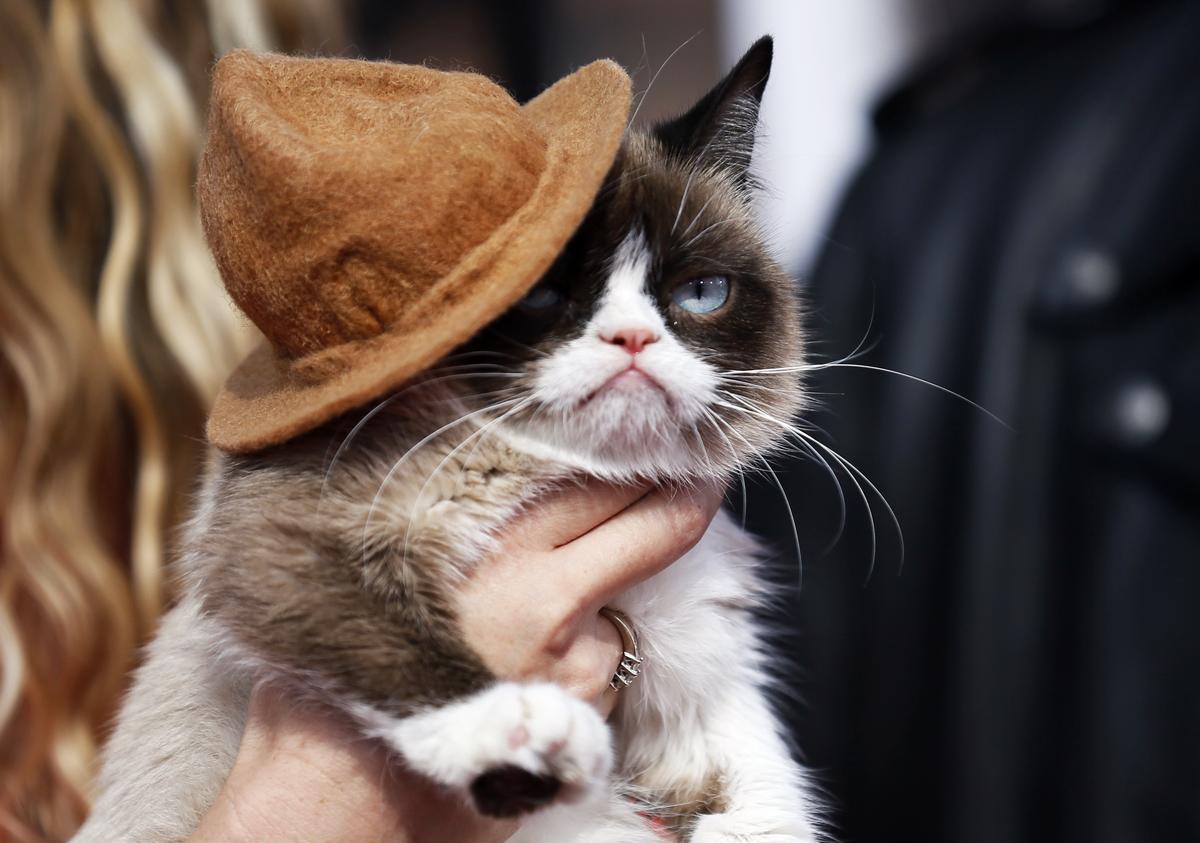 NEW YORK (Reuters) – A lovelorn singing whale, a world-famous feline sourpuss and ravenous goats credited with thwarting a dangerous California wildfire were among animals whose escapades across the United States made news in 2019.

Anxious airline passengers who may have tried to calm nerves with a cocktail or sleep aides were introduced to a new remedy in November at San Francisco International Airport: a therapy pig. LiLou, a 5-year-old Juliana pig, is now a member of the airport’s “Wag Brigade,” which otherwise consists mainly of therapy dogs meant to help ease passenger travel anxieties. Dressed in a pilot’s cap and with toenails painted bright red, LiLou uses her hooves and snout to bash out tunes on her toy piano before she signs off duty and returns to her owner’s downtown San Francisco apartment.