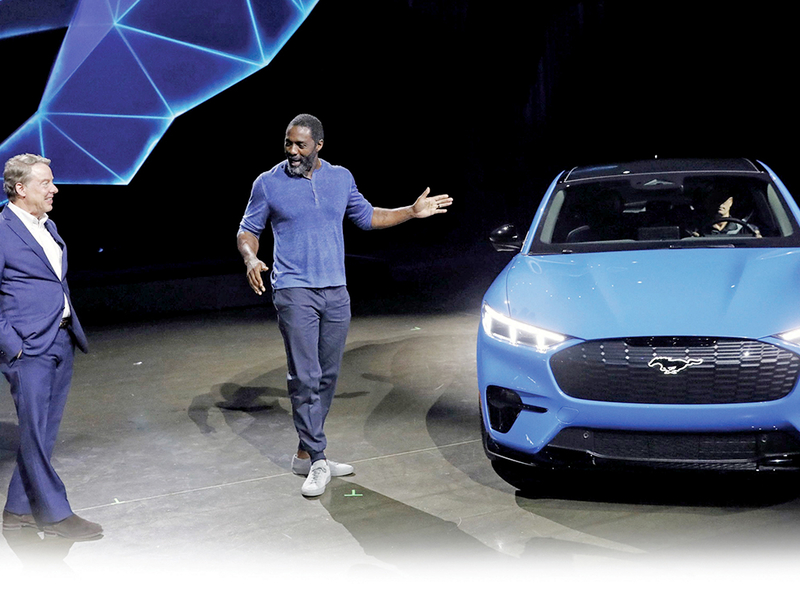 Initially, he wasn’t sold on the idea.

“I don’t want to hurt the brand. This is not going to be a Mustang,” Ford last week recalled saying when the idea was proposed.

But the team was persistent. They knew they needed the cachet of the name to woo uncertain buyers to an EV and believed they could achieve the necessary performance figures to earn the iconic badge.

The crux of the team’s argument was that it could get 332 hp and 417 pound-feet of torque from the base version of the five-seater, with a faster 0 to 60 mph time than the base Porsche Macan. The GT performance edition would boast 459 hp, 612 pound-feet of torque and a 0 to 60 time comparable to that of a Porsche 911 GTS.

That intrigued Ford, but he needed a lap in a prototype to seal the deal.