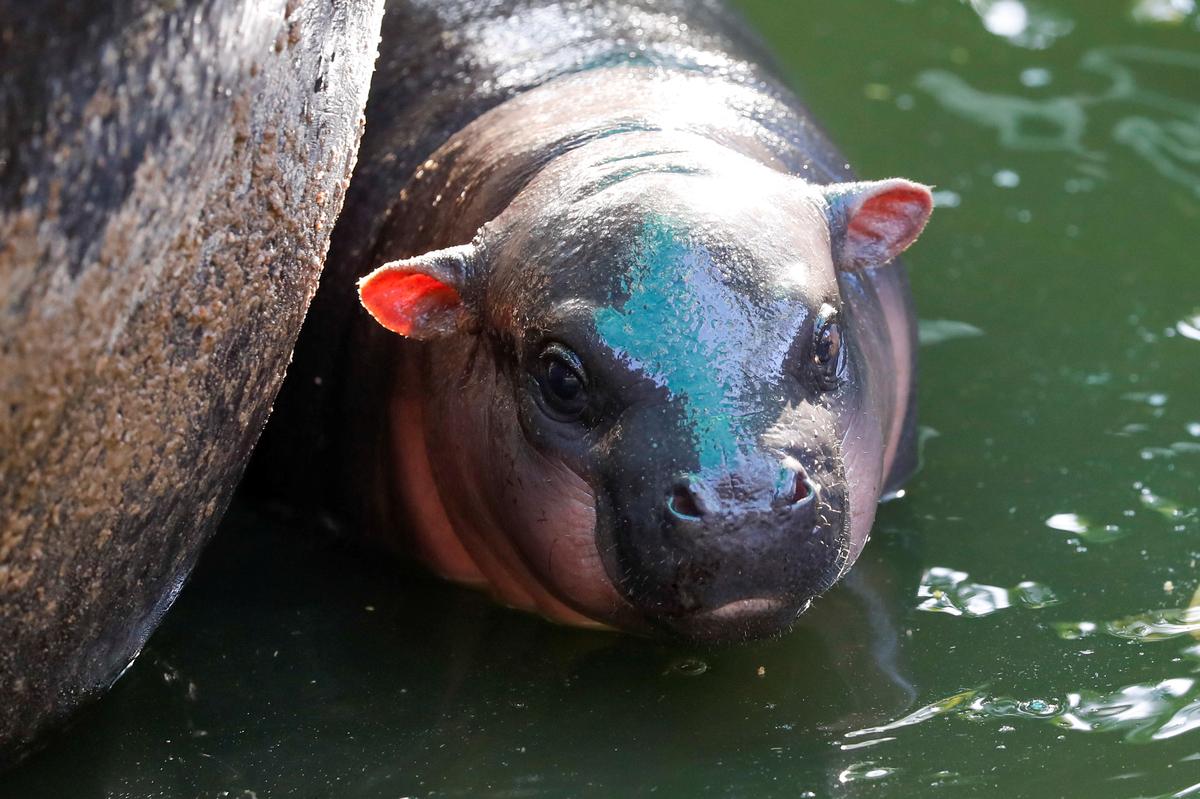 CHONBURI, Thailand (Reuters) – Visitors to a zoo in Thailand are being offered a tasty choice over the name of its newest resident – a baby pygmy hippopotamus that is drawing crowds.

The male was born at the end of October at the state-run Khao Kheaw Zoo in Chonburi province, 80 km (50 miles) east of Bangkok. The zoo’s sixth pygmy hippo, it is cute and healthy, but so far nameless.

Its keepers have come up with two potential names based on popular food dishes — “Moo Tun”, which translates as braised pork, or “Kaki” which means pork feet.

The public are being invited to vote on the zoo’s Facebook page until Dec. 20, where they will be entered in a draw offering a cash prize or free admission for a year.

The pygmy hippopotamus is native to forests and swamps of West Africa, with adults growing to just half the size of the common hippopotamus.

The new baby hippo can be seen daily eating vegetables and bathing with its mother, 20-year-old “Jona” who is a long-time…