One-two punch of storms threatens Thanksgiving travel in US 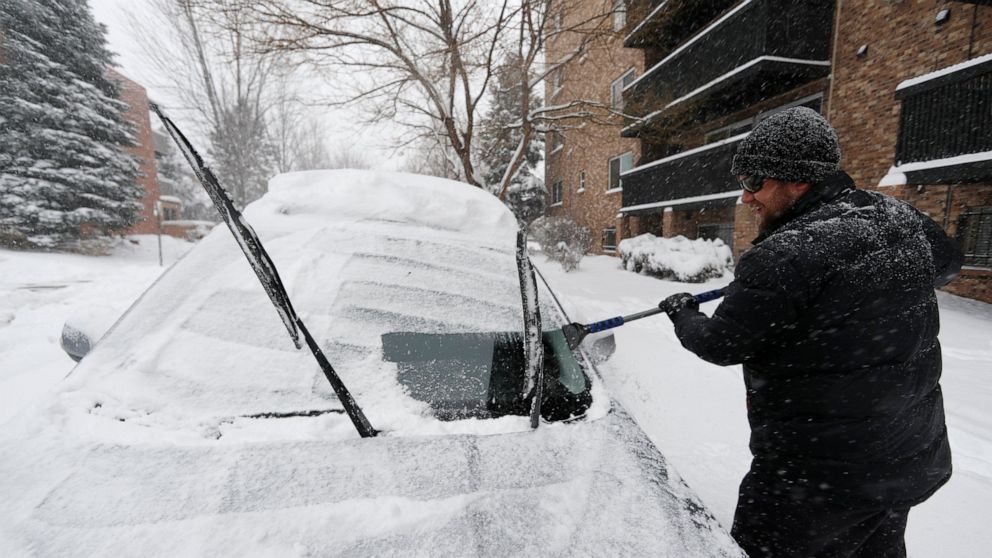 Heavy snow and wind shut down highways Tuesday in Colorado and Wyoming, closed schools in Nebraska and forced more than 1,000 travelers to sleep overnight in Denver’s airport after hundreds of flights were canceled just as Thanksgiving travel moved into high gear.

The storm was heading to South Dakota, Iowa, Michigan, Minnesota and Wisconsin, while a “bomb cyclone” weather phenomenon began toppling trees, knocking out power and dumping snow as it barreled into California and Oregon — making for a double whammy of early wintry weather.

Authorities on both sides of the California-Oregon border reported numerous crashes and closed roads. The National Weather Service urged people to wait to travel for the holiday until the weather improves.

At Denver International Airport, about 10 inches (25 centimeters) of snow mixed with winds that limited visibility prompted the cancellation of about 30 percent of the airport’s average daily 1,600 flights.