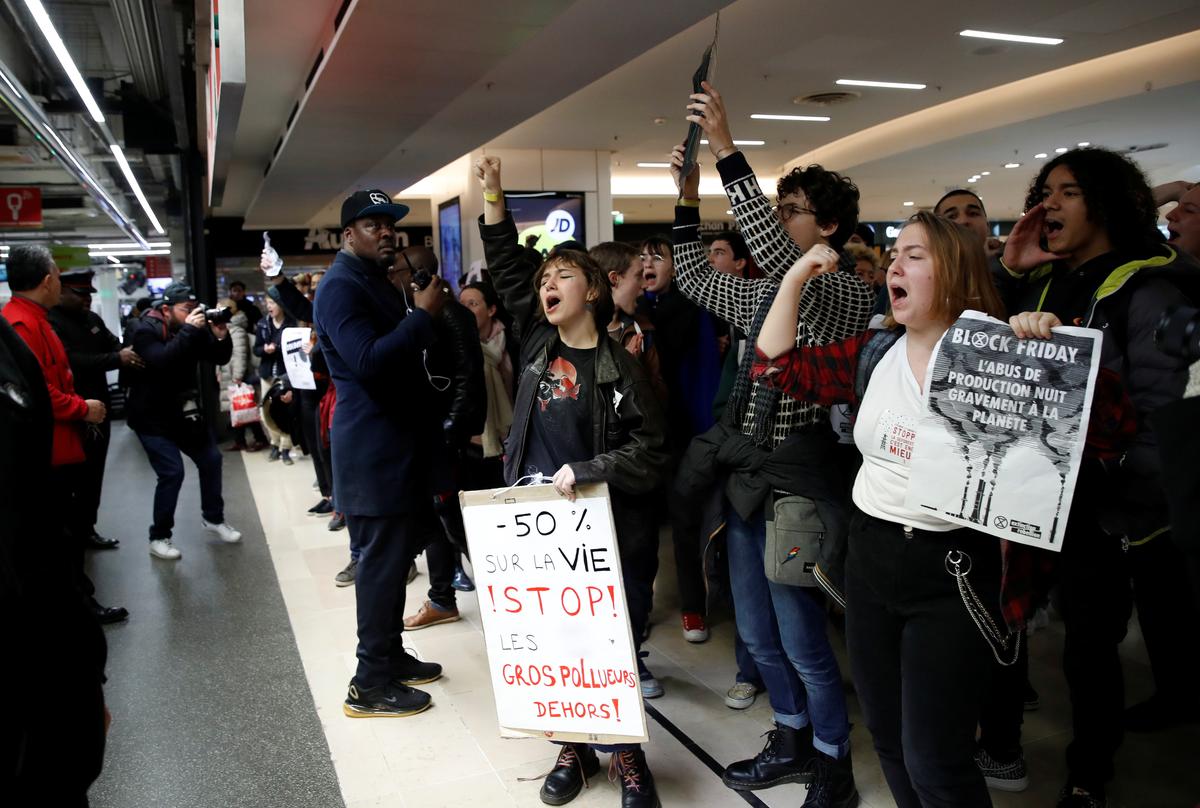 PARIS (Reuters) – Activists staged protests against online retailer Amazon around France on Friday and tried to blockade a shopping mall in Paris, denouncing as rampant consumerism the U.S. Black Friday shopping frenzy that has spread to European shores.

French companies have embraced the discount shopping day held the day after the U.S. Thanksgiving holiday since it was brought to Europe by Amazon and others. However, there has also been a backlash, driven in part by environmental concerns.

In Spain, protesters also put up a banner in the heart of Madrid that read: “Consumerism = climate crisis.”

Several dozen demonstrators gathered at dawn outside an Amazon (AMZN.O) headquarters building in the Clichy district of Paris for a sit-down protest outside the front gates. They held up a sign saying: “No to Amazon and its world.”

Manon Aubry, a left-wing member of the European parliament, said the protest was intended to “denounce the social, environmental and fiscal damage…