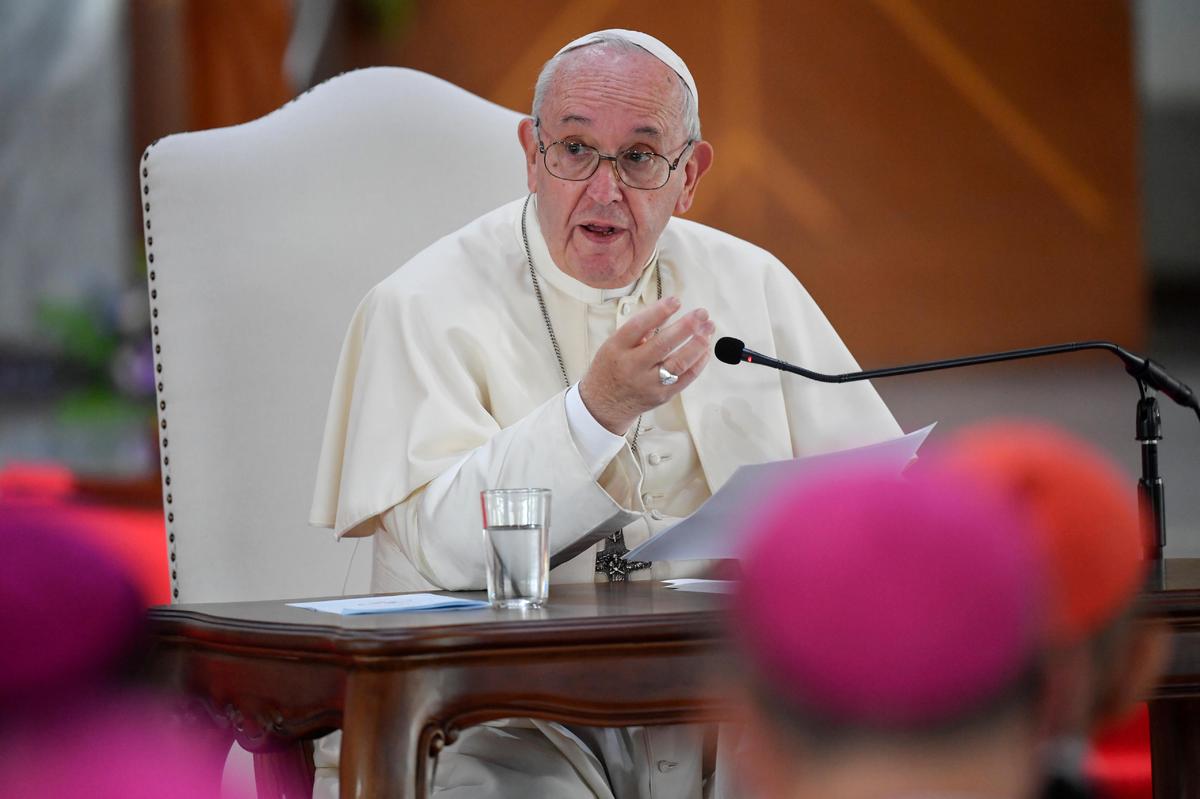 BANGKOK (Reuters) – Pope Francis warned on Friday that technology and globalization were homogenizing young people around the world to the point where their uniqueness and cultural individuality were becoming endangered species.

The 82-year-old pope made his appeal for young people to hold on to the cultures handed down by their ancestors and cherish their roots at a meeting of leaders of other religions as he wrapped up the last full day of his visit to Thailand.

He decried a “growing tendency to discredit local values and cultures by imposing a unitary model” for values on young people, referring apparently to Western influence from films, advertising and social media.

“This produces a cultural devastation that is just as serious as the disappearance of species of animals and plants,” he said.