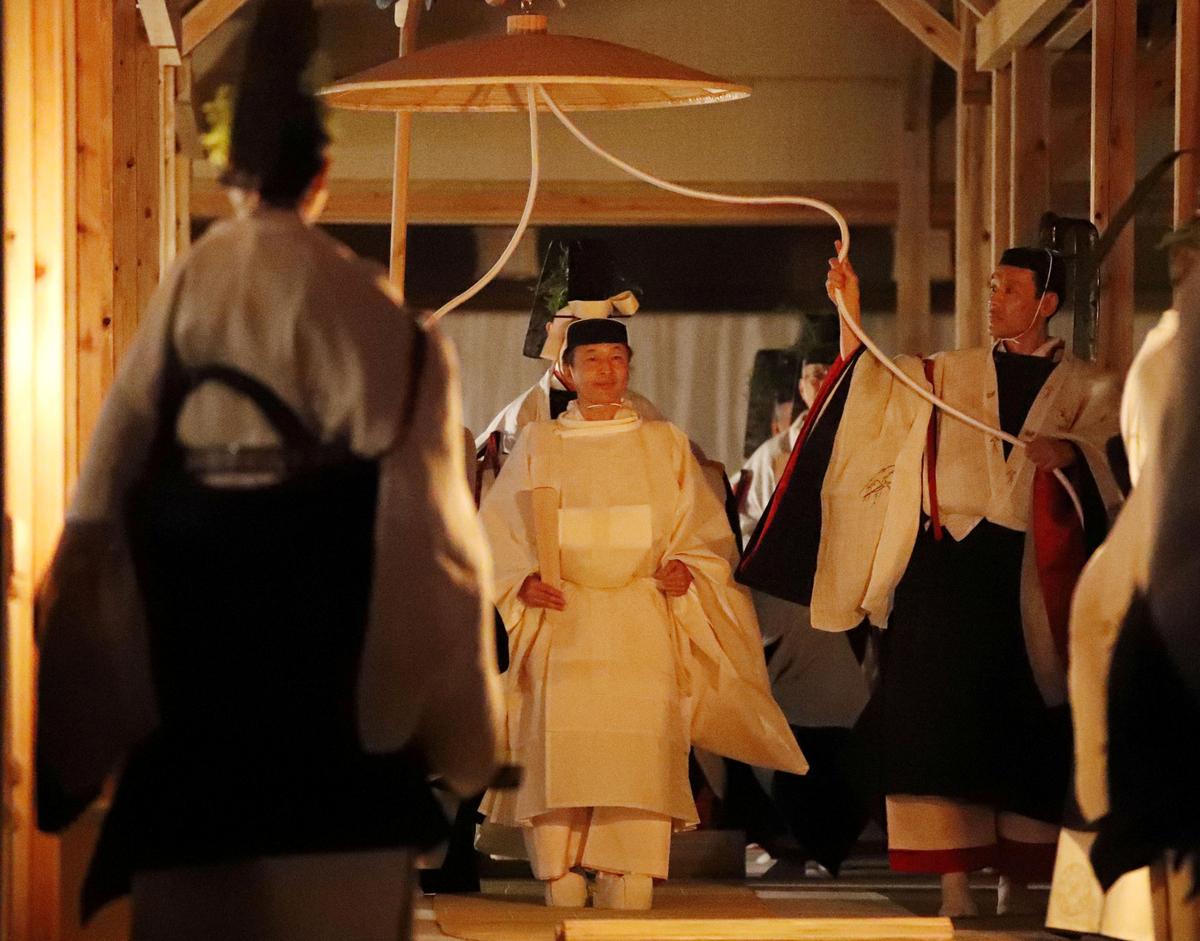 TOKYO (Reuters) – In the chill pre-dawn hours of Friday, Japan’s Emperor Naruhito emerged from a shrine compound where he had spent a symbolic night with the sun goddess from whom conservatives believe his family descends, completing the rituals of his accession.

The “Daijosai” rite, centred on the goddess Amaterasu Omikami, began soon after sunset on Thursday and is the most overtly religious of all the rituals around Naruhito’s succession after his father, Akihito, abdicated in April.

Amid flickering torchlight and chanting by priests, Emperor Naruhito emerged from behind the white curtains of the shrine at around 3:00 a.m., concluding a ceremony observed by Prime Minister Shinzo Abe and 400 dignitaries in an outdoor pavilion.

“This ritual is basically a feast involving the sun goddess and the emperor,” said John Breen, a professor at Kyoto’s International Research Center for Japanese Studies, who added that most coronations have mystical elements.