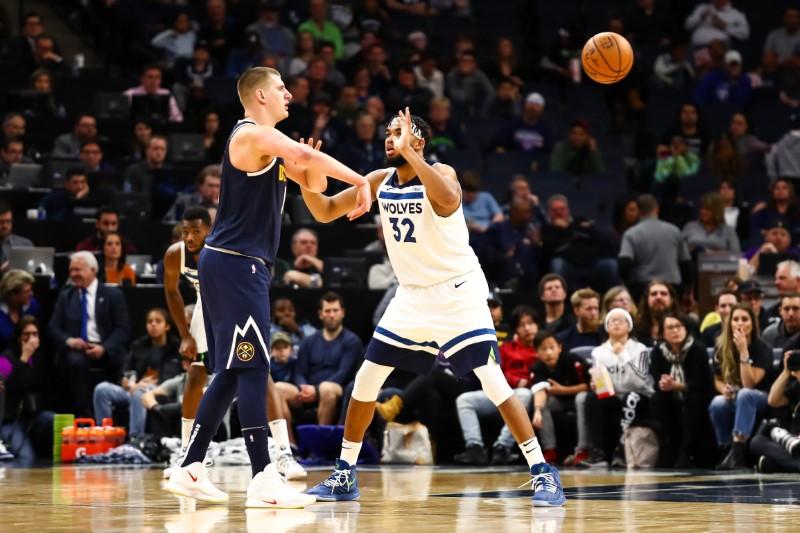 Nikola Jokic hit a 15-foot jumper with 3.3 seconds left in overtime, and the Denver Nuggets beat the Minnesota Timberwolves, 100-98, in Minneapolis on Sunday.

Jokic finished with 20 points and hit a last-second game winner for the second consecutive game. Paul Millsap had 14 points and 10 rebounds, and Will Barton scored six of his 13 points in overtime and added 12 rebounds.

Denver has won four straight, despite allowing a 16-0 Timberwolves run in the final 6:43 of regulation to force overtime.

Karl-Anthony Towns had 25 points, 16 rebounds and six assists, Andrew Wiggins also scored 25 and Josh Okogie had 17 points for Minnesota. The Timberwolves played without their two top point guards. Jeff Teague was out due to illness, and Shabazz Napier sat with a right hamstring strain.