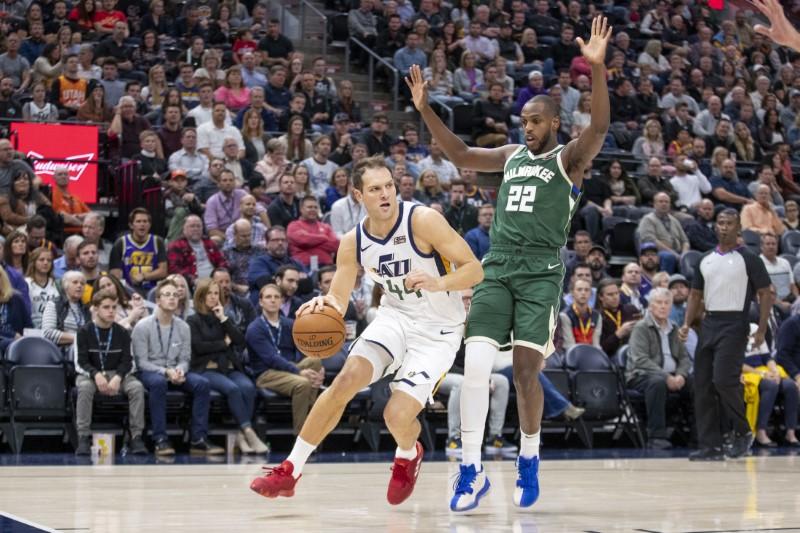 Bojan Bogdanovic drained the game-winning 3-pointer as time expired Friday to lift the Utah Jazz, who withstood a series of furious second-half comebacks by the Milwaukee Bucks, to a 103-100 victory in Salt Lake City.

The Jazz have won two straight. The Bucks, who trailed by as many as 22 in the first half and entered the locker room down 20, had a four-game winning streak snapped.

Bogdanovic’s winner gave him a game-high 33 points and capped a wild final 90 seconds in which the Jazz squandered an eight-point lead, the bulk of which was blown as Bucks superstar Giannis Antetokounmpo sat on the bench after fouling out.

Antetokounmpo scored 28 of his team-high 30 points after halftime for the Bucks. He added 13 rebounds. Khris Middleton had 26 points and 11 rebounds while Eric Bledsoe finished with 22 points in the loss.

Damian Lillard became the first NBA player this season to score 60 points, but it wasn’t enough as Joe Harris ignited a late run that…