Dying for a better life: South Koreans fake their funerals for life lessons 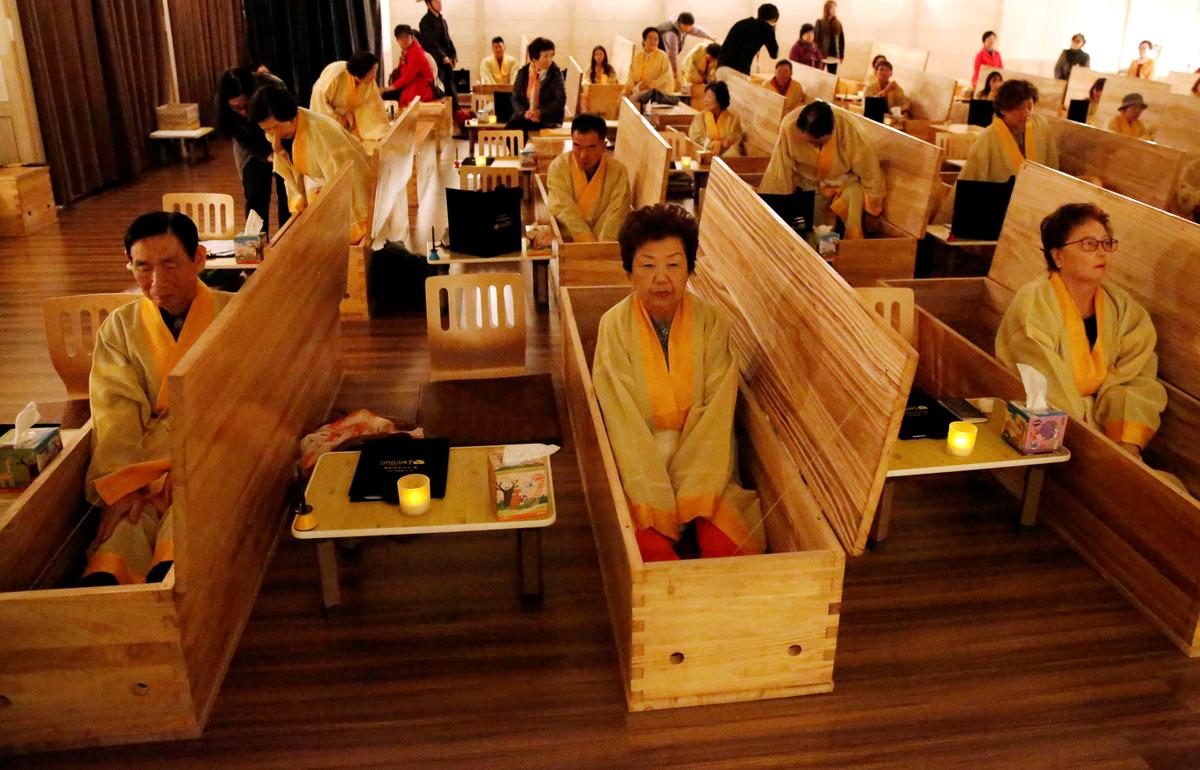 SEOUL (Reuters) – A South Korean service is offering free funerals – but only to the living.

More than 25,000 people have participated in mass “living funeral” services at Hyowon Healing Center since it opened in 2012, hoping to improve their lives by simulating their deaths.

“Once you become conscious of death, and experience it, you undertake a new approach to life,” said 75-year-old Cho Jae-hee, who participated in a recent living funeral as part of a “dying well” program offered by her senior welfare center.

Dozens took part in the event, from teenagers to retirees, donning shrouds, taking funeral portraits, penning their last testaments, and lying in a closed coffin for around 10 minutes.

University student Choi Jin-kyu said his time in the coffin helped him realize that too often, he viewed others as competitors.

“When I was in the coffin, I wondered what use that is,” said the 28-year-old, adding that he plans to start his own business after graduation rather…