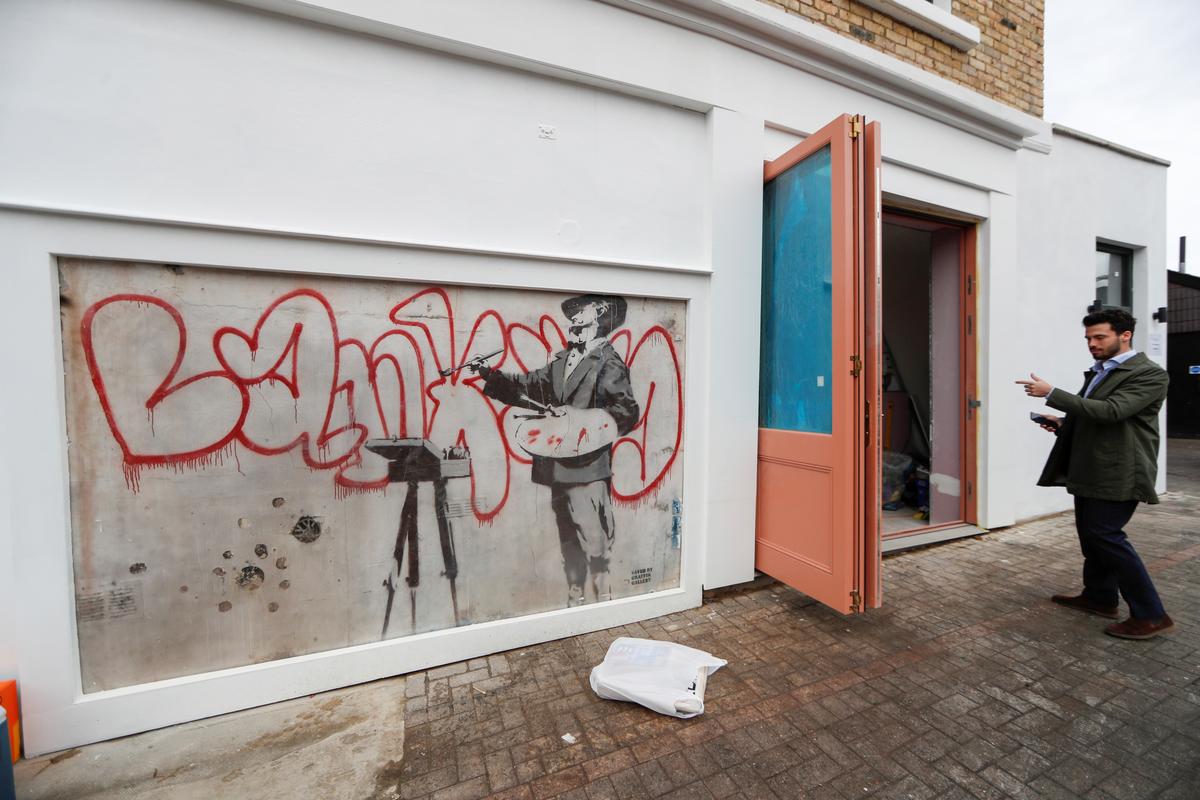 LONDON (Reuters) – A Banksy mural, covered up by builders’ hoarding and scaffolding for the past few months, will be uncovered on Monday in the heart of London’s Notting Hill area.

The work – known variously as the Graffiti Painter, The Painter or Velazquez – shows an artist, thought to be Spanish painter Diego Velazquez, with an easel writing “Banksy” in large red letters.

Drawn on the corner of Acklam and Portbello Road in 2008, it was covered after developer Enstar Capital began refurbishing the property to make luxury flats.

“One of the reasons I bought the building was that there was a Banksy there – it gave it that iconic profile. So while I think the prices for Banksy are nonsensical, you could say I was a fan in some ways.”

Enstar originally wanted to move the Banksy but decided it would…