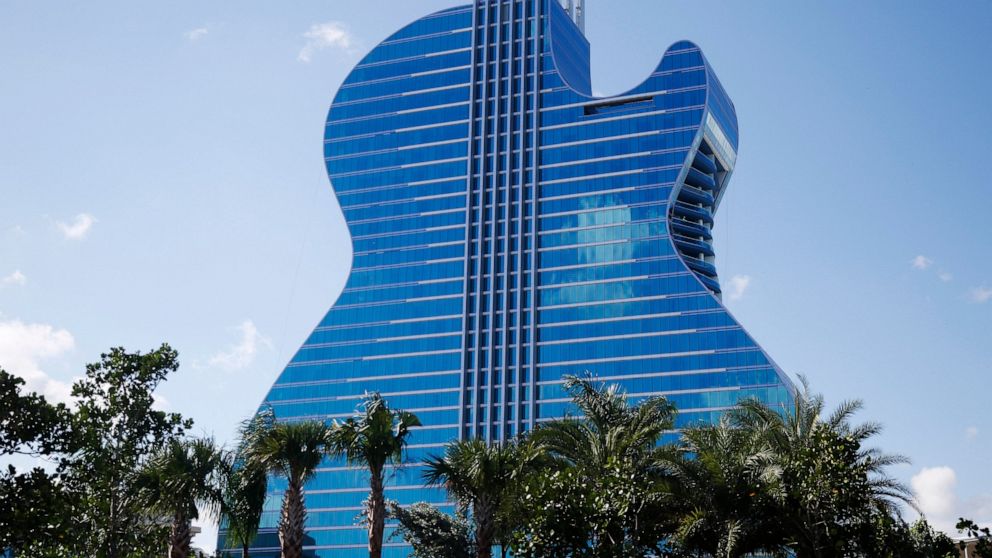 It looks like a rock ‘n’ roll guitar that Led Zeppelin’s Jimmy Page would have played. But this one is 450 feet (137 meters) tall and is a light-beam hotel that the Seminole Tribe wants to become South Florida’s latest tourist destination.

The Guitar Hotel had its grand opening Thursday on the tribe’s land in Hollywood, once only a trailer park and some smoke shops. It’s the latest step in the Seminole Hard Rock empire, which includes naming rights on the Miami-area stadium where the 2020 Super Bowl will be played.

“It really is special,” said Mitchell Cypress, vice chairman of the Seminole tribal council. “The Seminoles now are known throughout the world.”

It’s a unique addition to South Florida’s tourist landscape and no hotel is like it in the world. It has more than 600 rooms and at night, beams of light will mimic the strings of the guitar.

Locally, people stop along the roadsides to take photos. It’s visible to travelers on airliners headed into Fort Lauderdale.