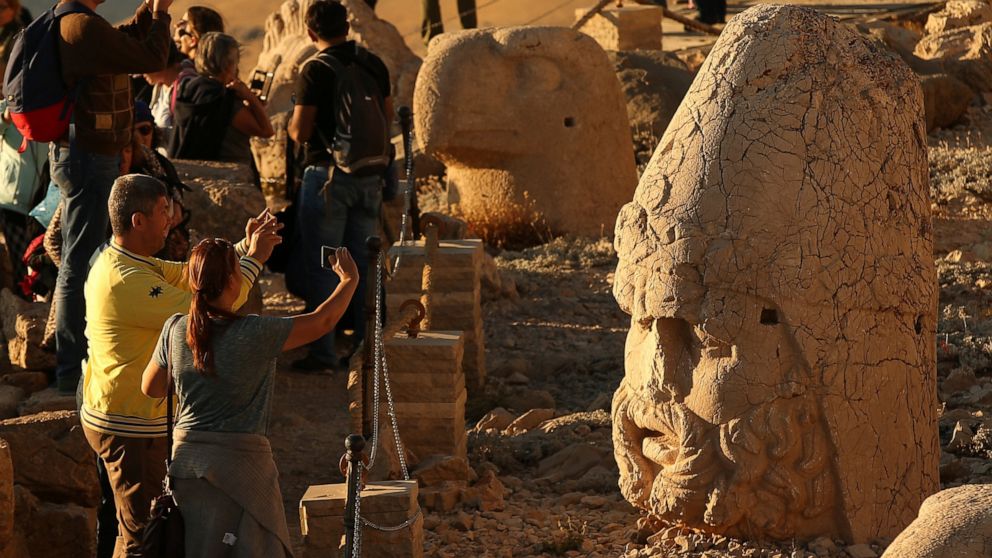 Visitors snap photos of massive stone heads that stare down on them from the summit of Mount Nemrut, in Turkey’s southeastern Adiyaman province, their faces illuminated by sunset lighting.

Perched at an altitude of 2,150 meters (over 7,000 feet), the statues are part of a temple and tomb complex that King Antiochus I, of the ancient Commagene kingdom, built as a monument to himself. A 50 meter (164-foot) -high, man-made mound — the presumed tomb of Antiochus — sets the background.

Son of the founder of the Commagene kingdom, Antiochus reigned between 64 and 38 BC, until he was deposed by the Romans. The kingdom spanned an area from the eastern edge of the Taurus mountains to the Euphrates River.

The ancient site — which includes giant 10-meter (33-foot) -high, seated statues of Antiochus himself surrounded by ancient Gods, including Zeus and Apollo — was discovered in 1881 by a German engineer. Excavations began there in the 1950s.

Today, the site is listed as a…