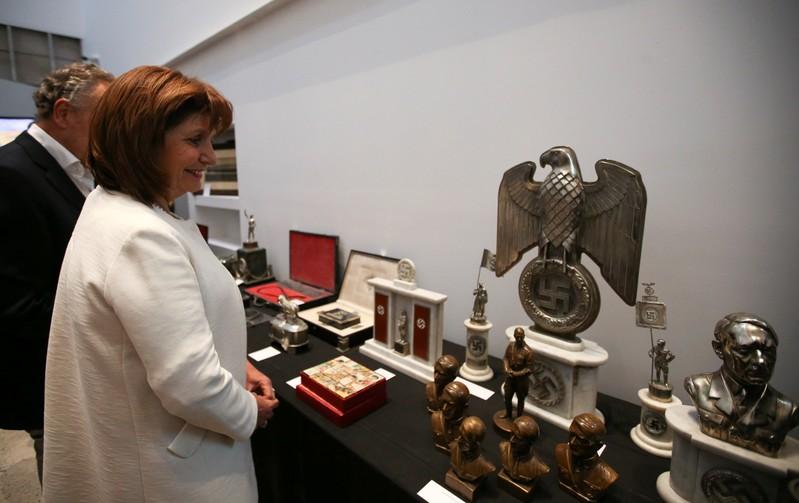 BUENOS AIRES (Reuters) – Busts of German dictator Adolf Hitler and other Nazi relics that belonged to a hoard found in a collector’s secret hiding place will go on display at the Holocaust Museum in Argentina, where many high-ranking Nazis fled after the end of World War Two.

Along with the busts of the Nazi leader, objects going on display in December include a statue of a Germanic eagle standing on a base bearing a swastika, an hourglass that belonged to a member of Hitler’s feared SS, and games to indoctrinate children in Nazism.

“These elements will show part of that terrible story that was the Nazi genocide,” Marcelo Mindlin, president of the museum in the capital Buenos Aires, said in an interview at a news conference where the objects were on display.

Argentina is home to Latin America’s largest Jewish population. The museum, which opened in 2001, is the only Holocaust museum in Latin America, according to museum officials. It will have a grand reopening at the…