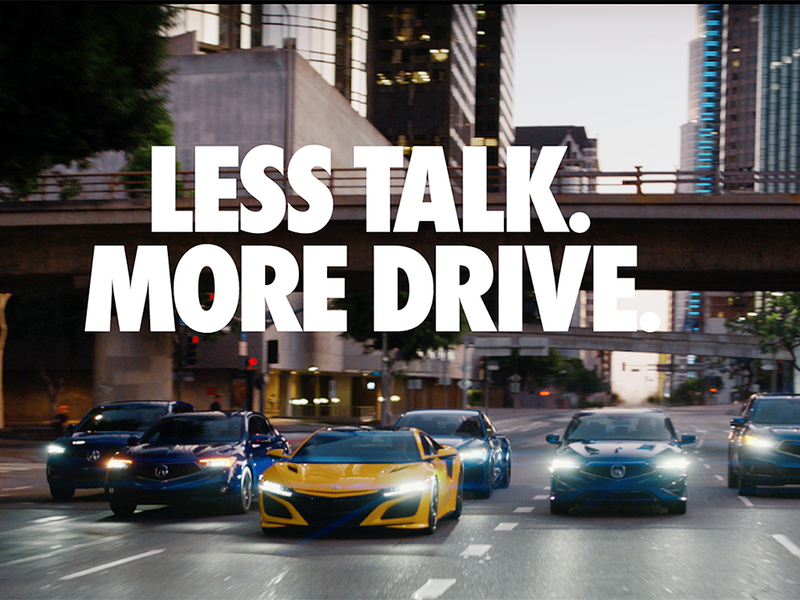 LOS ANGELES — Acura is highlighting its history of producing memorable sports cars for the road and the track with a marketing campaign that will show up across social media channels and broadcast TV, including high-profile NFL games.

The ad push begins Monday with a 30-second video featuring iconic vehicles from the past such as the Integra Type R and the first-generation NSX supercar, along with the present-day ILX sedan and the second-generation NSX. Also appearing in the fast-moving clip are the ARX-05 race car and the recently unveiled Type S concept sedan.

The marketing push features the tag line “Less Talk, More Drive” and is designed to reinforce Acura’s image as a driver’s brand. The Japanese automaker is preparing to roll out redesigned cars and crossovers with edgier styling and better performance. The Type S concept, for example, will heavily influence the next-generation TLX sedan, according to Acura.