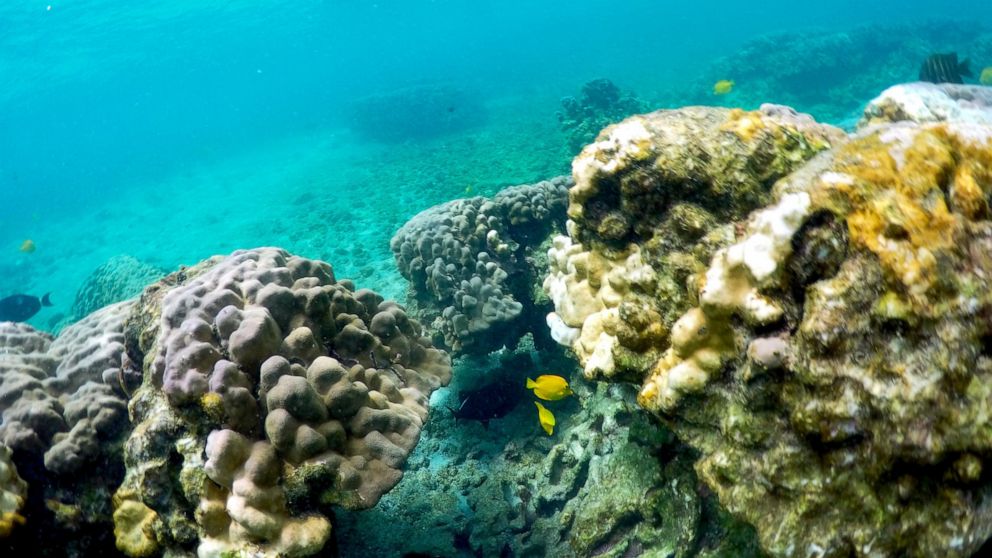 Just four years after a major marine heat wave killed huge swaths of Hawaii’s fragile reefs, scientists are warning that a return of record-setting hot water in the Pacific will cause more widespread bleaching, and possibly coral death.

One of the state’s most vibrant coral reefs thrives just below the surface in a bay on the west coast of Hawaii’s Big Island.

On a remote shoreline far from the impacts of sunscreen and throngs of tourists, scientists see early signs of what’s expected to be a catastrophic season of coral bleaching in Hawaii.

The ocean here is about three and a half degrees above normal for this time of year. Coral can recover from bleaching, but when it is exposed to heat over several years, the likelihood of survival decreases.