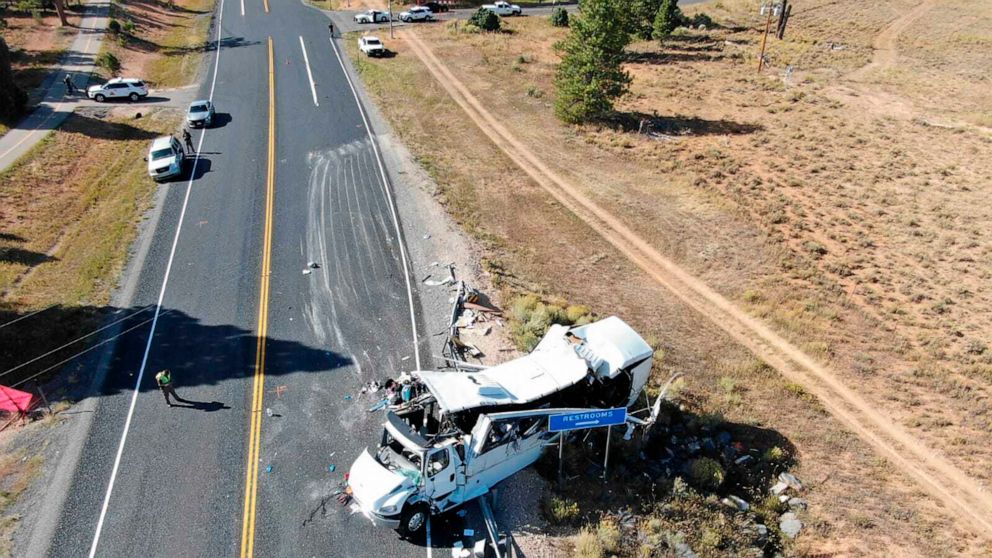 Authorities on Saturday identified the four Chinese tourists killed in a bus crash in southern Utah.

Three women and one man perished in the crash on a highway running through the red-rock landscape of southern Utah on Friday. The victims have been identified as Ling Geng, 68, Xiuyun Chen, 67, Zhang Caiyu, 62, and Zhongliang Caiyu, 65. They were all from Shanghai, China.

They were part of a tour group, organized by Shanghai Zhuyuan International Travel Agency, that was made up of 29 tourists and one person leading the group. They come from Shanghai and the nearby provinces of Zhejiang, Jiangsu and Heilongjiang, according to a news report on the media website huanqiu.com.

The Shanghai Municipal Bureau of Culture and Tourism urged the travel agency to spare no effort in rescuing the injured and properly handle the follow-up matters.

The Zhuyuan Travel Agency has organized a working group to rush to the scene as soon as possible and try to help the injured tourists. Phone calls…